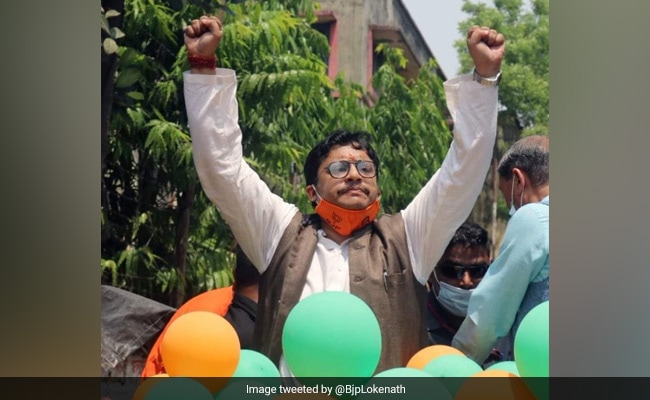 A West Bengal BJP Yuva Morcha leader has accused party colleague Lokenath Chatterjee of sexual assault and alleged the BJP leader's bodyguards also attacked him. Mr Chatterjee is in charge of the state legal cell of the BJP.

The survivor said he was asked to accompany Mr Chatterjee to neighbouring Sikkim for official work and alleged the sexual assault took place there. The incident allegedly took place last month between October 27 and 29, when the complainant travelled with Mr Chatterjee, believing it to be a party assignment.

"He asked me if I was free and I said I was. He then informed me that we would leave on the 25th. I asked him if it was party work and he said 'yes, we will do party work and return'. I told my mother I would be travelling to Sikkim with my brother and return with him. When I reached the station, I realised his entire family was there. Everyone was booked in an AC compartment and I was booked in a non-AC coach," the complainant said.

"His CISF guards held me by the collar and when I asked them why they were treating me like that, they said sir has ordered them to detain me. I asked them why will you detain me. But they made me sit in a car, seized my phone and bag," the survivor said.

He said it was only when he reached Sikkim that he realised there was no party work and the case was one of sexual coercion.

The survivor, in the complaint, detailed how the leader and convenor of the legal cell of the BJP in Bengal and his security men coerced him into a sexual act.

The complainant alleged he was confined to Mr Chatterjee's room for illegal acts; he alleged the CISF personnel assigned to Mr Chatterjee forced him to remove his clothes and even put a gun to his mouth at one point while assaulting him.

The complainant has written a letter to BJP chief JP Nadda and demanded action against Mr Chatterjee.

A first information report, or FIR, has been filed against Mr Chatterjee, who is also a lawyer and handles the party's matters in courts, especially the Calcutta High Court where the BJP has managed to obtain several orders in their favour, much of which has also been credited to Mr Chatterjee.

Mr Chatterjee remains incommunicado and did not answer calls.

BJP leaders have declined to comment on the matter. They, however, indicated Mr Chatterjee has been asked to resign and the party would wait for a decision from the court before suspending him, which is what the complainant has demanded.