Rules and democratic norms were violated during the Maharashtra government formation, Congress said. 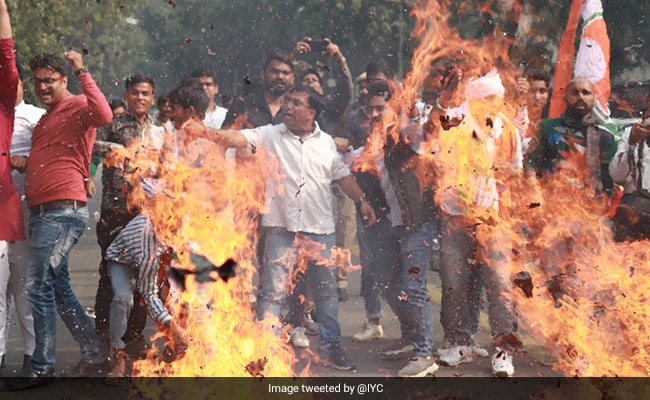 Indian Youth Congress activists staged a demonstration near the Parliament House on Monday against the BJP-led central government over the alleged "illegal and undemocratic" manner of government formation in Maharashtra.

There were several questions over the manner in which the BJP staked claim for power and was allowed to form government in Maharashtra and it was clear that rules and democratic norms were violated, Youth Congress president Srinivas BV said.

Hearing a plea moved by the Shiv Sena-NCP-Congress combine against the Maharashtra governor's decision to swear-in BJP's Devendra Fadnavis as chief minister, the Supreme Court on Monday said it will give its order in the matter on Tuesday.