The National Commission for Protection of Child Rights recently issued a notice to Priyanka Gandhi over a video where children were seen using abusive language against PM Modi in front of her. 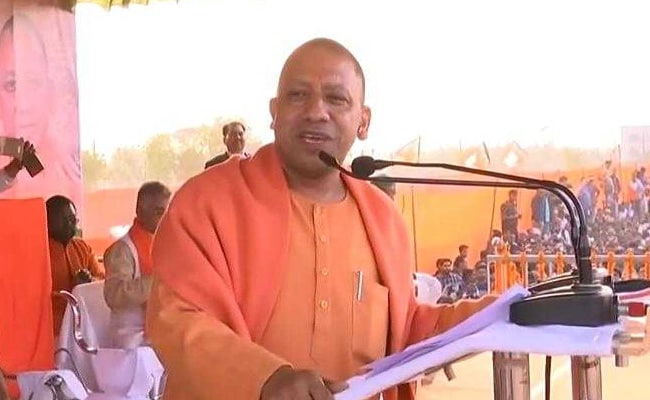 Does it suit any woman to teach children to abuse in the garb of chanting slogans: Yogi Adityanath

Uttar Pradesh Chief Minister Yogi Adityanath on Saturday slammed Priyanka Gandhi over her recent video with children and alleged that she instructed young children use abusive language as she "does not trust Lord Ram."

The National Commission for Protection of Child Rights (NCPCR) had recently issued a notice to Priyanka Gandhi over a video in which children were seen using abusive language against Prime Minister Narendra Modi in front of her.

Addressing an election rally, Yogi Adityanath said Congress president Rahul Gandhi and his sister Priyanka came to Uttar Pradesh and indulged in lies as their party was left with no option in the face of an alliance between SP and BSP.

"When Congress found it is left with no other option, the brother-sister duo have come to UP and are creating new records in spreading lies. I know that Rahul Gandhi speaks a new lie everyday and then seeks apology in the Supreme Court. I want to ask who all will the Congress and the brother-sister duo seek forgiveness from for its sins," Yogi Adityanath said.

The chief minister said that he was wrong in thinking that Priyanka Gandhi being a woman would impart good values to children.

"Does it suit any woman to teach children to abuse in the garb of chanting slogans? Every child in India is Lord Ram and has the power to become like Lord Ram. You (Priyanka) do not have belief in Lord Ram that is why you are teaching children to use abusive language."

Yogi Adityanath also said that Congress president Rahul Gandhi only trusts the flag with "moon and star", a reference to the flag of Congress ally Muslim League.