Farmers Committed Suicides In UP Before We Came To Power: Yogi Adityanath

Speaking on the Bharatiya Kisan Union-led (BKU) farmers' agitation, the chief minister said he had sent two state ministers to Delhi three days ago to handle the situation. 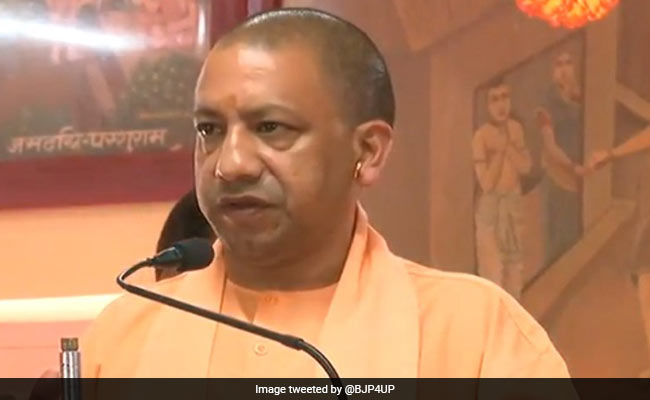 Yogi Adityanath gave details on works taken up by his government to aid farmers. (File)

Refuting allegations that farmers were enduring hardships under the BJP government, Uttar Pradesh Chief Minister Yogi Adityanath Tuesday lashed out at political opponents saying "those who had earlier exploited the ryots were now shedding crocodile tears for them."

"Farmers were committing suicide before we came to power in Uttar Pradesh. They were lathi-charged when procuring seeds and fertilisers. Those who exploited farmers are today shedding crocodile tears," the chief minister told news persons in Lucknow.

Speaking on the Bharatiya Kisan Union-led (BKU) farmers' agitation, the chief minister said he had sent two state ministers to Delhi three days ago to handle the situation.

"Some of their (farmers) issues have already been taken care of by our government, like loses caused by stray cattle and old vehicles," he said, elaborating on the initiatives taken up by his government. He reiterated that his government would not desist from taking any step for the welfare of ryots.

"Never has so much relief been provided to sugar cane growers as has been done under this government. So much procurement has never been done in the past. Potato growers have never got such (good) support prices," he said.

Responding to reports of police action against farmers, Yogi Adityanath said everyone has the right to go to Delhi but no one has the right to take law in their hands. He urged the ryots to be patient till talks with the high-level delegation were over.

Claiming that the Modi government had done more for the farmers than previous governments, Yogi Adityanath gave details on the works taken up by his government to aid farmers.

Akhilesh Yadav, Arvind Kejriwal and Ajit Singh, among other national leaders, spoke in favour of farmers on Tuesday, to which Yogi said these politicians cannot differentiate between potato and sugarcane as they are not farmers nor do they have farming backgrounds.