Yogi Adityanath, 2 Deputies Meet PM Together For 1st Time After UP Polls 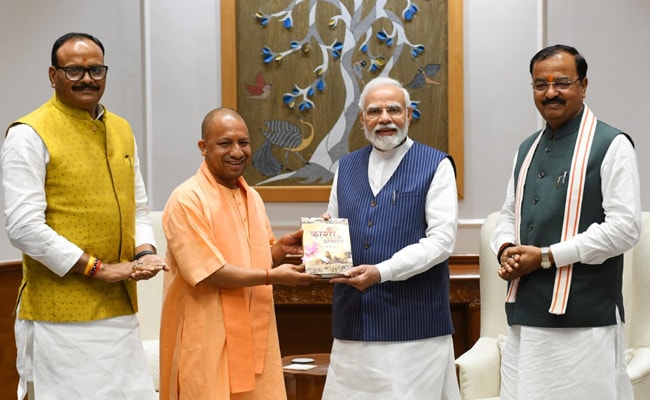 Uttar Pradesh Chief Minister Yogi Adityanath and his two deputies met with Prime Minister Narendra Modi together for the first time in Delhi today since the BJP swept the state in the recent assembly elections.

PM Modi had hailed Yogi Adityanath's feat and suggested that the victory in Uttar Pradesh would pave the wave for the BJP's win in the 2024 Lok Sabha elections.