"The university must be a home for fearless inquiry and criticism," the short open letter says. 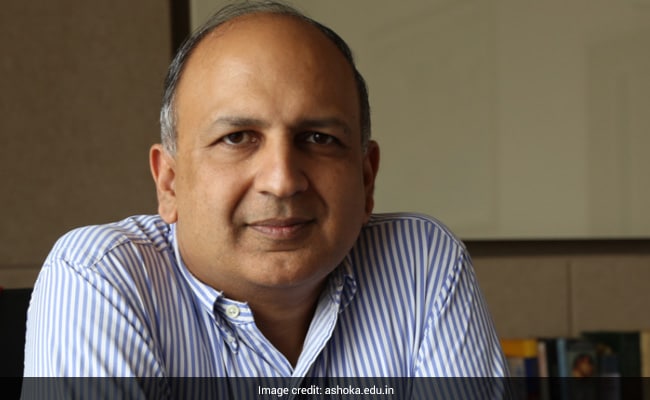 It was the Ashoka's Trustees' institutional duty to defend Pratap Bhanu Mehta, the letter says.

Around 150 renowned intellectuals from the world's best known centres of academic excellence have written an open letter to the trustees, administrators, and faculty of Ashoka University, Sonepat, expressing solidarity with Professor Pratap Bhanu Mehta who recently quit the institution citing Founders' insecurities over his criticism of the government. Signatories to the short letter, titled "A Dangerous Attack on Academic Freedom" include Homi K Bhabha of Harvard University, Erwin Chemerinsky of the Berkeley School of Law, Rogers Smith of the University of Pennsylvania, Milan Vaishnav of Carnegie Endowment for International Peace, and Kate O'Regan of Oxford University.

"A prominent critic of the current Indian government and defender of academic freedom, he had become a target for his writings. It seems that Ashoka's Trustees, who should have treated defending him as their institutional duty, instead all but forced his resignation," the letter says.

"The university must be a home for fearless inquiry and criticism. We support Pratap Bhanu Mehta in his practice of the highest values of intellectual inquiry and public life," it says.

Mr Mehta, who had earlier quit as Ashoka University Vice-Chancellor in July 2019, abruptly resigned from his faculty position on Tuesday, saying, "...my association with the University may be considered a political liability."

Two days later, the Prime Minister's former Chief Economic Advisor, Arvind Subramaniam, resigned as faculty at the institution, citing the circumstances under which his colleague had to quit.

Former Reserve Bank of India chief Raghuram Rajan, too, expressed solidarity with Mr Mehta. "Free speech is the soul of a great university. By compromising on it, the founders have bartered away its soul," he said.