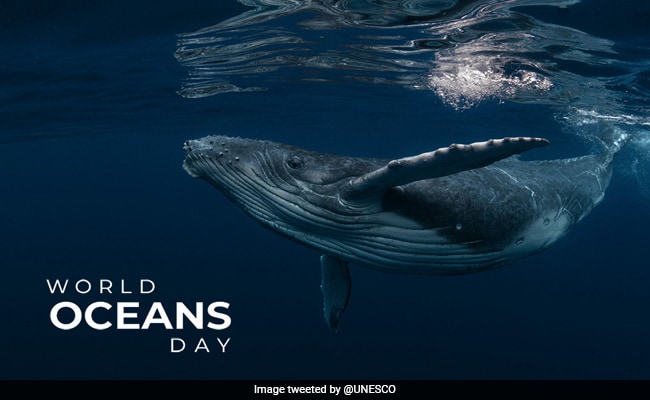 On World Oceans Day, India will launch a two-month long awareness campaign on plastic waste management to save our oceans. Union Environment Minister Prakash Javadekar took to Twitter and wrote: "Plastic litter has adverse impacts on not only terrestrial but aquatic ecosystems also. Today on World Oceans Day, will be launching a two- month long awareness campaign on the topic of plastic waste management and elimination of identified Single Use Plastics (SUPs) items."  World Oceans Daygives governments globally an opportunity to involve people in taking action to save our oceans. About 70 per cent of the oxygen we breathe is produced by the oceans.

Plastic litter has adverse impacts on not only terrestrial but aquatic ecosystems also. Today on #WorldOceansDay , will be launching a 2 months long awareness campaign on the topic of plastic waste management and elimination of identified Single Use Plastics (SUPs) items. pic.twitter.com/MDVkdOoY85

The theme of World Oceans Day 2021 is - The Ocean: Life and Livelihoods. From eating local, sustainably-sourced fish to stopping plastic pollution, we all have a role to play to save our oceans. Since the coronavirus pandemic broke out, plastic pollution has increased manifold. "At least 8 million tons of plastic end up in our oceans every year, and make up 80 per cent of all marine debris from surface waters to deep-sea sediments," according to the International Union for Conservation of Nature (IUCN).

Marine life is precious. We often come across tragic pictures of tortoise, seals, sea lions, walruses, fish and other marine species entangled in plastic debris. This causes severe injuries and even deaths. "There is an urgent need to explore the use of existing legally binding international agreements to address marine plastic pollution, says the IUCN.