Asked if he would be joining the BJP, Sourav Ganguly said there was no quid pro quo in his meeting with Union minister Amit Shah. 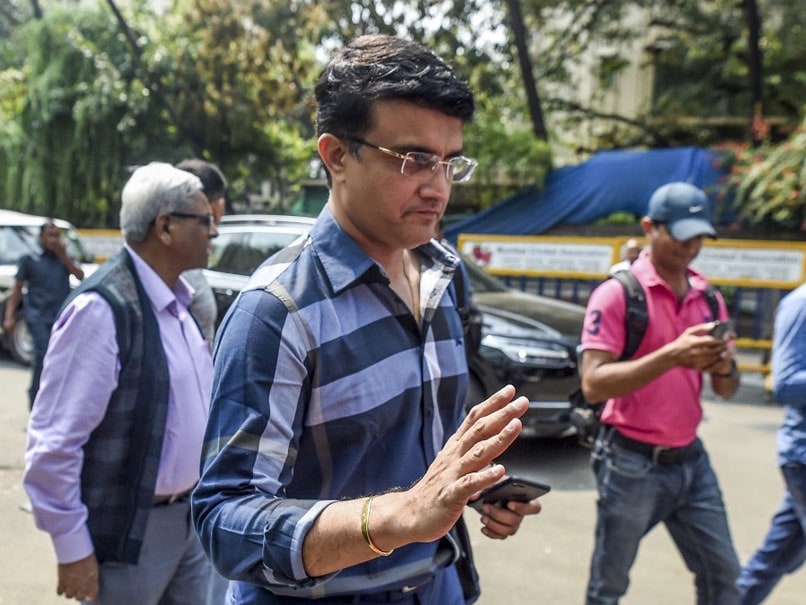 Sourav Ganguly, slated to be the next chief of BCCI- the country's cricket administrating body - today cleared the air about his meeting with Union minister Amit Shah. The two had met on Sunday evening in Mumbai, hours before the former Team India captain's name pipped Brijesh Patel to become the front-runner for the BCCI top job. Mr Shah's son Jay Shah will be the secretary in Mr Ganguly's team.

Asked if he would be joining the BJP, Sourav Ganguly said there was no quid pro quo in his meeting with the Union minister.

"Not once he has said 'We'll do this for doing that' and you've got to give respect to that," Sourav Ganguly told reporters this evening in Kolkata.

Hinting that nothing political might come of the meeting, he said, "I've heard these political questions before also, when I met Mamata Didi the Chief Minister and you've seen the results".

Terming this first meeting with Mr Shah "special and different," Mr Ganguly said: "Neither have I asked a question on what's going to happen to BCCI... if I'm going to get a post or not. Neither any discussion of that sort happened that you'll only get this if you agree to that. So there's nothing of political development".

Amit Shah made a similar assertion in an interview to India Today. "There has been no such deal or talks with him. It is just bad-mouthing against Sourav Ganguly," he said.

With assembly election in Bengal due in 2021, Mr Shah's meeting with the hugely popular cricketer has triggered speculation. The BJP, which won 18 of Bengal's 42 seats in the Lok Sabha elections earlier this year, is hoping to make inroads in the state-level elections as well.

There is speculation that the BJP is hoping that the choice of Mr Ganguly as the chief of BCCI is a step in the right direction, winning the hearts of the people of the state. Jagmohan Dalmiya, also from Kolkata, had been a key figure in cricket administration for a long time, and held the top posts in Cricket Association of Bengal, the BCCI and the International Cricket Council.

In her congratulatory message to Mr Ganguly, Mamata Banerjee tweeted: "Heartiest congratulations to @SGanguly99 for being unanimously elected @BCCI President. Wish you all the best for your term. You have made India and #Bangla proud. We were proud of your tenure as CAB President. Looking forward to a great new innings."