Will All Coal Licenses be Cancelled? Verdict by September 26 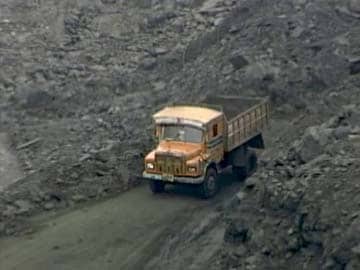 The government has asked the Supreme Court to exempt 40 coal blocks from a possible cancellation.

New Delhi: The Supreme Court has concluded hearings on whether it should cancel the licenses for nearly 200 coal blocks which it declared illegal last month. The verdict will be delivered on or before the 26th of this month since that is the last working day for Chief Justice RM Lodha, heading the group of judges handling this case.

The government today again requested the court to exempt nearly 40 coal blocks that have either started production or are near it.

On August 25, the top court said that all coal licenses issued since 1993 by successive governments are illegal because a transparent bidding process was not followed. The government's top lawyer, Attorney General Mukul Rohatgi, had told judges that the  government is open to re-auctioning the coal blocks if their allocations are revoked.

The award of more than 200 coal blocks to steel, cement and power companies has been at the centre of the so-called "Coalgate" scandal, estimated in a 2012 audit report to have cost the exchequer as much as $33 billion or 1.86 lakh crores.

The government's request for sparing 40 coal blocks is undermined by contradictions.

In an affidavit submitted to judges, the government says that instead of cancelling their licenses, this group of companies should be made to pay a cess on the coal they produce - the calculation, it has suggested, will be based on the government auditor's report in 2012 that identified how much money was lost by arbitrarily distributing mining rights.

The government is concerned that shutting down these 40 coal blocks could exacerbate the country's power crisis caused by a shortage of coal.  But of the 40 shortlisted, 18 supply coal to power plants which together generate only 5 per cent of India's power.

Promoted
Listen to the latest songs, only on JioSaavn.com
The firms that stand to be affected have also said that they have invested a huge amount in the 40 coal blocks; but the value of the coal they have mined so far  - based on documents submitted - shows that they have generated huge profits.

Coal companies today asked that the court set up a committee to examine the cancellation, a request that the Attorney General opposed, claiming that it would dilute the verdict that declared the licenses illegal.