The former Union Minister was joined by other veterans of the group of 23 informally known as G-23 in condemning the attack. 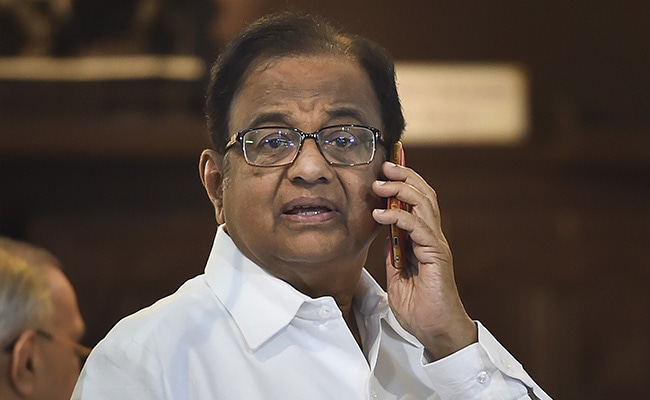 Senior Congress leader P Chidambaram on Thursday said he felt "hurt and helpless" by the attack on his colleague Kapil Sibal's home by some supporters of the party for questioning its leadership.

The former Union Minister was joined by other veterans of the group of 23 informally known as G-23 in condemning the attack.

I feel helpless when we cannot start meaningful conversations within party forums.

I also feel hurt and helpless when I see pictures of Congress workers raising slogans outside the residence of a colleague and MP.

The safe harbour to which one can withdraw seems to be silence.

Other members of the group which had last year written to party chief Sonia Gandhi demanding an organisational overhaul termed the attack "orchestrated hooliganism".

Congress workers protested outside Mr Sibal's house and damaged a car after he raised questions over the party's functioning and attacked its leadership amid the latest crisis in Punjab.

Former Punjab Chief Minister Amarinder Singh also criticised what he said was an "attack" at the house of Mr Sibal by Congress workers only because he "chose to express views that were not palatable to the party leadership".

This does not augur well for the party, Mr Singh said, adding that it was unfortunate that the seniors are being "completely sidelined", which is not good for the party.

Terming the senior Congressmen as "thinkers", who were important to the future of the party, the former Chief Minister in a statement said the younger leadership should be promoted to implement the plans, which the senior leaders are best equipped to formulate.