Why Anil Ambani Is Richer Even After $513 Million Telecom Wipeout 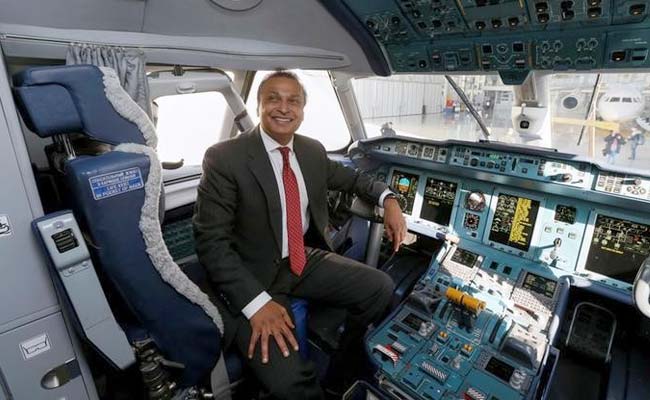 Anil Ambani's net worth has inched up this year, even as shares of his wireless unit have plummeted 39%.

Reliance Communications Ltd.'s plunge has yet to drag down the fortune of its Chairman Anil Ambani.

The 57-year-old tycoon's net worth has inched up this year, even as shares of his wireless unit have plummeted 39 percent, wiping about Rs 3,310 crore ($513 million) from its market value. At the same time, the Reliance Group founder's wealth has swelled by about $82 million to $2.7 billion, according to Bloomberg's Billionaires Index.

Gains from Reliance Group's financial services arm Reliance Capital Ltd. and Reliance Power Ltd. have outstripped the erosion at a telecom unit battered by investors questioning its creditworthiness. The turbulence at Rcom, as the phone unit is known, has come at a time when the group's Reliance Infrastructure Ltd. is planning to list a trust with some road assets and its Reliance Defence and Engineering Ltd. business is working toward becoming a new profit pillar by winning weapons contracts. 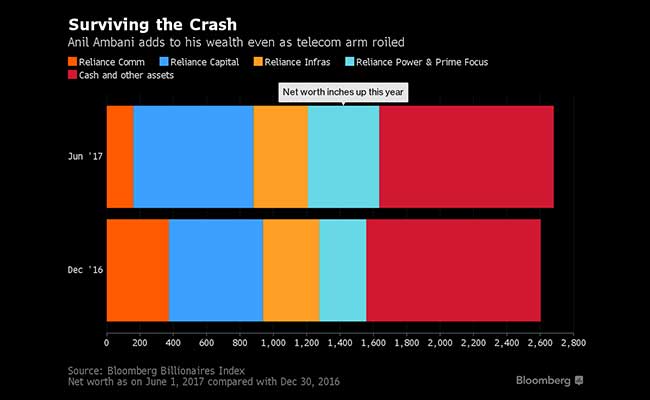 A Reliance Group spokesman didn't immediately respond to an emailed request for comment.

The Ambani family conglomerate entered the telecom industry in 2002 before a dispute led the group to divide assets in 2005 between Anil and older brother Mukesh, now India's richest person. Reliance Communications -- which went to Anil -- has struggled in an increasingly competitive market, particularly after Mukesh's Reliance Jio Infocomm Ltd. stormed into the market last year with offers of free services.

- Reliance Communications rose 4.3 percent to Rs 20.75 at the close of trading on Thursday and is this year's worst-performing stock on the S&P BSE 200 Index.

- The company is in discussions with Chinese lenders about a waiver on interest payments on loans of about $1 billion until September, according to people familiar with the matter, who aren't authorized to speak publicly and asked not to be identified. The credit rating for its rupee-denominated bonds and loans were slashed to D on May 30 by Indian rating firms ICRA Ltd. and CARE Ratings, their lowest score indicating default or that default is expected soon.

- The telecom unit has said it's confident it could repay Rs 25,000 crore of debt with proceeds from sales of its towers and a 50 percent stake in its wireless business. It has also said it's looking to monetize some of its land parcels.

- An outright default is unlikely at this stage as Reliance Communications has been continuously seeking covenant waivers from its lenders, HSBC Holdings Plc analysts Anna Zhang and Keith Chan wrote in a May 31 note.


(Except for the headline, this story has not been edited by NDTV staff and is published from a syndicated feed.)
Comments
Anil AmbaniReliance CommunicationsRComReliance CapitalReliance PowerBloomberg's Billionaires IndexAnil Ambani's Reliance Group