Not A Stone Seen In Kupwara Where Forces Fired On Crowd, Killing Boy

The Army camps near Natnusa in Jammu and Kashmir are perched at a height on a hill.

Hundreds of police and Central police personal enforce a strict curfew in the area. From the Army barracks perched atop the hills overlooking Kupwara-Srinagar highway, troops keep a hawk's eye on every moment.

It is the height and the distance of these army barracks that have puzzled the visiting officials who have come to oversee the operations. While the local police claimed the mob had attacked the army camp with stones, officials are puzzled about how the stones could reach the camp from outside two rings of barbed wire.

Moreover, not a stone is to be seen at what was said to be scene of a great clash. Not a single brick or rock is seen inside the camp or anywhere on the road or where protesters had gathered on Friday.

The locals, who initially said the forces had opened fire without provocation - in which the boy died and 7 others were injured -- are sticking to their claims. 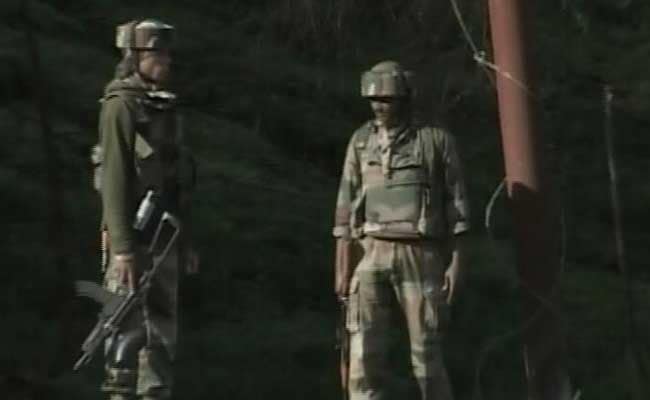 Five people have died in Kashmir so far in protests since Tuesday.

"People were protesting peacefully on the road. Where are the stones and bricks if we were involved in stone throwing on the camp? Let them show if any soldier was injured in stone pelting," said Ghulam Mohiudin, a local resident.

More than 20 km from Natnusa, at Awoora village, Arif's father Mohiudin Dar, a labourer is asking everybody why was his son killed.

"Was he a jihadi? Was he a stone-pelter? Can they please tell me why he was killed? I feel I have committed sins and God has punished me," said the shattered father.

The death of the Class 11 student has led to a fresh series of protests that were triggered last week by allegations that a schoolgirl had been molested by a soldier.

The Army later released a mobile phone video in which the girl talks about harassment by a boy - not a soldier. But today, her mother today told NDTV that the girl had been forced to give that statement and she had not been molested.

The ruling Peoples' Democratic Party or PDP has termed the killings unwarranted and condemned the use of force by the Army and police. Mobile Internet services have also been snapped in the valley to check the speared of rumours.