Mukul Rohatgi is appearing for Rajoana, a former Punjab police constable convicted for his role in an explosion that killed Beant Singh and 16 others in 1995. 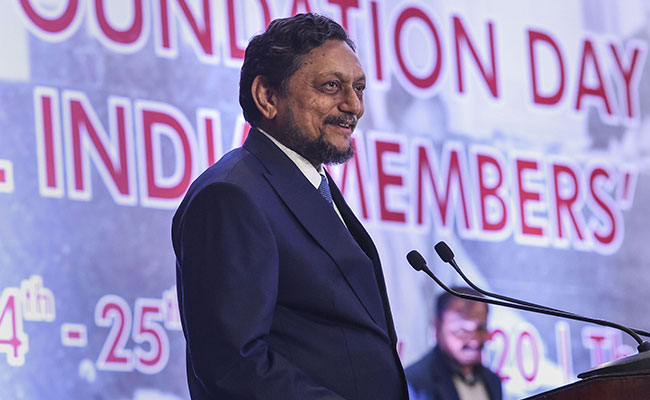 On Rajoana's plea, Justice Bobde said it would be good to decide before the Republic Day (File)

A courtroom exchange between the Chief Justice of India and senior lawyer Mukul Rohatgi today made for a light-hearted detour during a Supreme Court hearing on a long-pending mercy petition.

Mr Rohatgi replied: "I am easing my pressure by not being in Delhi".

Where was he, the Chief Justice asked. "I am in Goa," came the reply.

The Chief Justice said: "The blue pillar behind you is typical of Goa."

Mr Rohatgi continued: "I'm right on the waters. Your lordships can see the blue from here."

To which, the former Attorney General received a mock-stern reply. "We don't want to see. We are working," Chief Justice Bobde remarked.

The court asked the government to take a decision before January 26 (Republic Day) on Rajoana's plea seeking commutation of his death penalty.

The Chief Justice said it would be good to decide before the Republic Day.

"We will give two-three weeks. You should complete the process before January 26. January 26 is a good day. It will be appropriate if you take a decision before that," the top court said.

Mr Rohatgi is appearing for Rajoana, a former Punjab police constable convicted for his role in an explosion that killed Beant Singh and 16 others in 1995.

Mr Rohatgi argued that his client's mercy petition had been pending since 2012. "This court has held that the death sentence of a person, if delayed for over eight years, can be commuted. He has been jailed for 25 years," he said.

Additional Solicitor General KM Nataraj, appearing for the Centre, assured the court that a decision would be taken.

The Chief Justice told Centre, "Give some good decision before January 26"

Mr Nataraj replied that the government would try. Mr Rohatgi commented that it should be easy to do so since no foreign guest was arriving for this Republic Day (UK Prime Minister Boris Johnson cancelled his visit on account of the Covid crisis).