West Bengal Assembly polls: Mithun Chakraborty was Trimamool's Rajya Sabha MP till he got embroiled in the Sharda scam and quit citing ill-health. 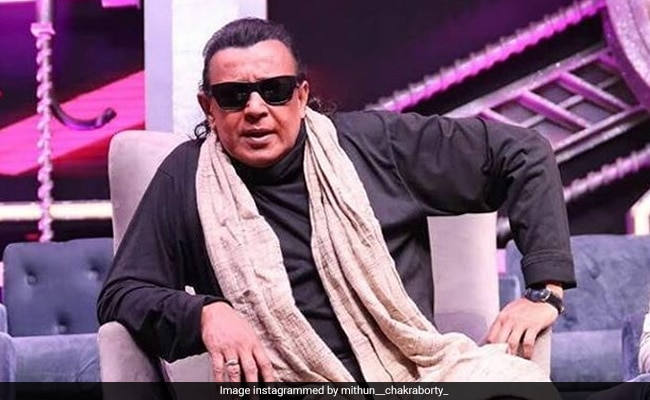 The RSS chief had met Mithun Chakraborty on February 16 in Mumbai.

Actor Mithun Chakraborty, Trinamool Congress's former Rajya Sabha member, is likely to share the stage with Prime Minister Narendra Modi tomorrow at Kolkata's Brigade Parade Ground. Whether the movie star will campaign for the BJP in the upcoming West Bengal Assembly election is yet unclear as is the possibility of him contesting the polls. Sunday's event comes days after RSS chief Mohan Bhagwat met him at his Mumbai bungalow on February 16, sparking speculation of him shifting loyalties.

BJP National General Secretary Kailash Vijayvargiya, however, was noncommittal. "There will be only public and Prime Minister Narendra Modi, who is the biggest celebrity. We'll welcome those coming in. If Mithun Chakraborty comes, we will welcome him," he said, according to ANI.

Sources in the BJP, however, say that Mr Chakraborty is one of the many important faces the party will deploy against Chief Minister Mamata Banerjee's regime.

"There are many Bengalis in the state and outside who are important people, concerned about Bengal's downward slide under Mamata Banerjee," said state BJP Vice-President Jay Prakash Majumdar. "Mithun Chakraborty is one of them."

The 70-year-old has a huge fan following in the state, especially after his 2006 film, MLA Fatakeshto, with his legendary line, "Maarbo ekhane, lash porbay shoshaney" ("I'll thrash you here, your body will be found at the crematorium").

He quit the Rajya Sabha after two years in office as he got embroiled in the Sharda Chit Fund case. The actor was questioned by the Enforcement Directorate about the Rs 1.2 crore he had received for being the brand ambassador of a TV news channel financed by the group. He returned the amount to the probe agency and resigned from the Upper House citing ill-health.

What he says about the Trinamool and Ms Banerjee from Mr Modi's stage tomorrow will be crucial.

Besides, some more important Bengali faces are set to join the BJP in the coming weeks, according to sources. The state election will be held across eight phases from March 27 to April 29, the results of which will be declared on May 2.