Until now, undergraduate students at IITs are required to complete eight semesters - each semester is of six months - to qualify for a BTech degree at the end of the fourth year 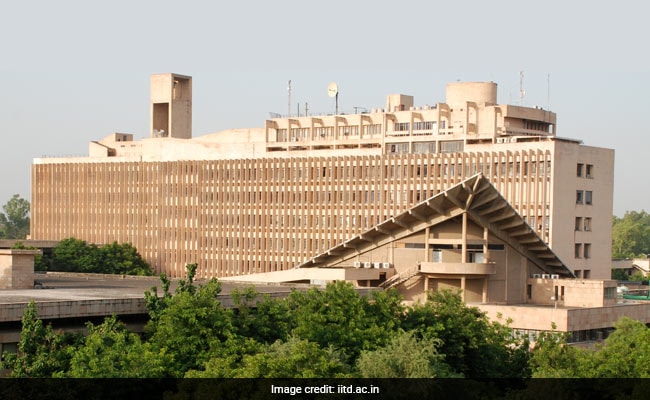 The government has cast a safety net for weak students who risk dropping out while they are halfway into their studies from the Indian Institutes of Technology. A proposal to allow such students to choose a three-year Bachelor of Science (BSc) degree instead of the standard four-year Bachelor of Technology (BTech) degree has been cleared by the Human Resource Development (HRD) Ministry, news agency Press Trust of India reported.

The Council for IITs chaired by HRD Minister Ramesh Pokhriyal Nishank approved the proposal on Friday, a senior official of the ministry said. The IITs will, however, have to work out how exactly they want to implement the plan cleared by Mr Pokhriyal, PTI reported.

"Academically weak students, who are not able to secure the required credits for promotion to the next semester, may be allowed an exit option with a degree programme after the second semester, rather than being forced out of the programme," a senior HRD Ministry official said. "Individual IITs will decide modalities for this."

Until now, undergraduate students at IITs are required to complete eight semesters - each semester is of six months - to qualify for a BTech degree at the end of the fourth year.

In comparison, the Master of Technology (MTech) degree is two-year or four-semester long, while the dual degree programme - BTech and MTech in one go - is of five years comprising 10 semesters.

At least 2,461 undergraduate and postgraduate students dropped out from the 23 IITs across the country in the last two years, according to data released by the HRD Ministry

"Now the academically weak students will be able to choose BSc degree after the second semester and leave after three years, provided they have met the minimum academic standards," the official said.

At least 2,461 undergraduate and postgraduate students dropped out from the 23 IITs across the country in the last two years, according to data released by the HRD Ministry.

"Since students make it to the IITs after clearing a cut-throat competition, they are quality students, but are not able to cope up with the academic requirements at times. It was felt they should be given an exit option rather than the entire effort going waste," the official said.

The HRD minister brought up this issue in parliament in July. "Dropouts in undergraduate programmes are attributed to withdrawal due to wrong choices filled, poor academic performance of students, personal and medical reasons," he had said.

The results of the latest All-India Survey on Higher Education (AISHE), a study by the HRD Ministry, saw the biggest fall in enrolment in Engineering and Arts courses. The number of students who enrolled into BTech and Bachelor of Engineering (BE) courses fell by five lakh from 42.5 lakh in 2014-15 to 37.7 lakh in 2018-19. The enrolment in Arts courses fell by over six lakh from 98.6 lakh to 91.9 lakh during the same period.

The data on the steep fall in engineering admission was released on Monday amid reports of more than 75 engineering and technical colleges across the country having opted for "progressive closure" in this academic year, which means, these institutions will not take fresh admissions from this year.