We Have Gone Beyond Boundaries of Human Imagination: PM Modi at ISRO 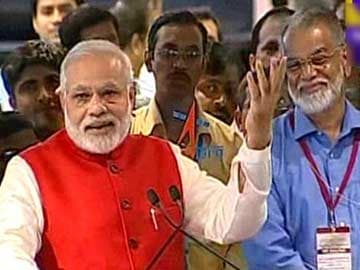 PM Narendra Modi at the mission control centre at ISRO.