The Trivendra Singh Rawat government has petitioned the Supreme Court to cancel the high court verdict that ordered Ganga and Yamuna to be treated as a living entity and the state's top officials, as its legal parents. 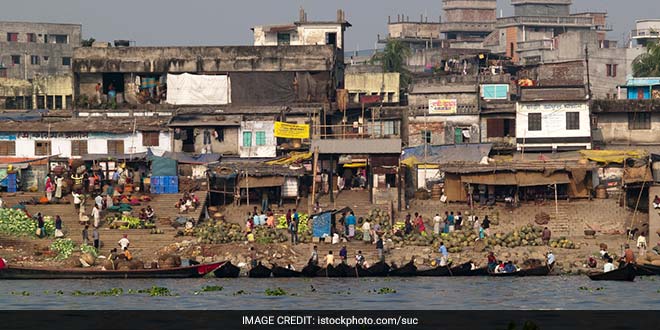 In its petition, the BJP-ruled state said the high court had passed an order that was clearly unsustainable in law. Ganga and Yamuna are inter-state rivers and it is the duty of the Centre to frame rules, and not the state, it said.

In March, the Uttarakhand High Court gave the two rivers the status of "legal and living entities, having the status of a legal person with all corresponding rights, duties and liabilities of a living person".

Because the river weren't really human, three officials including Uttarakhand's Chief Secretary and Advocate General were charged to protect, conserve and preserve the rivers and their tributaries. The high court called the officials the "legal parents" of the rivers.

From environmentalists to politicians, the verdict raised hopes that it would lead to focussed efforts to clean up the polluted and much abused river. Chief Minister Trivendra Singh Rawat was among those who had welcomed the verdict.

But if the two rivers were living entities, it meant they could be sued too. The first show-cause notice reached the three officials within a month. On behalf of the river, they were told to explain why Ganga's land was given for the construction of a trenching ground in a Rishikesh village. Legal experts warned that the officials should expect more cases. The change in the BJP government's stand happened soon after.

In its appeal, the state government has told the Supreme Court that the person who had filed the case in the high court had never asked for the rivers to be declared as human entities. He just wanted encroachments to be removed.

Promoted
Listen to the latest songs, only on JioSaavn.com
The state government also pointed that the jurisdiction of the high court and the state officials ended at the boundary of Uttarakhand but the rivers flowed beyond the state too.

There is no dispute that river Ganga and Yamuna and other tributaries in India have a social impact, and they support and assist both the life and natural resources and health and well-being of the entire community. But the high court could not declare the rivers as a legal person only to protect the faith of the society, the state government said in its petition.