"Both Are Useful": Top Scientist On Allopathy vs Ayurveda Debate

Dr VK Saraswat, Niti Aayog Member, emphasised that more research needs to be done in Ayurveda to ensure it is more acceptable to the society. 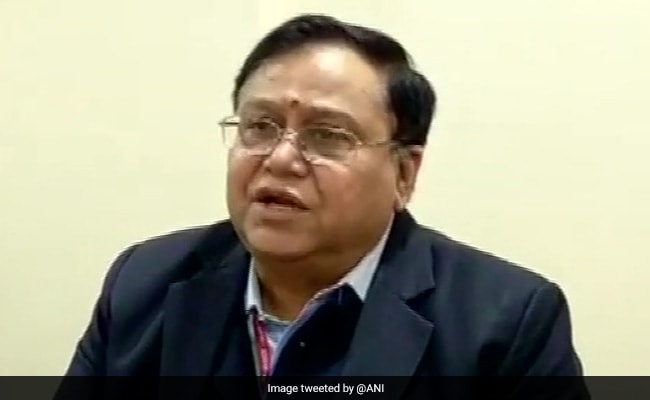 There is actually "no use" in debating over allopathy and Ayurveda as both are different and useful medicine systems, renowned scientist and Niti Aayog Member Dr VK Saraswat said on Tuesday even as he emphasised that more research needs to be done in Ayurveda to ensure it is more acceptable to the society.

Dr Saraswat, who was associated in the development of an anti-COVID drug by DRDO, also made it clear that the drug does not have anything to do with Patanjali Ayurved, amid reports that the medicine is connected with the research done by Patanjali Ayurved.

In an interview to PTI, Dr Saraswat said India has got traditional medicine systems for thousands of years and that ayurvedic medicine has been responsible for improving the immunity of people.

"I think Ayurveda and allopathy, they are two streams of medicine and they survive together... one has a particular role and other has a different role," he said.

Amid the ongoing debate in certain quarters over allopathy and Ayurveda, he said, the debate "is actually of no use", adding that both the streams are useful.

"My opinion is that the ayurvedic system of medicine should research more and more to bring (itself) at par in understanding of the scientific methods to become more acceptable by the society, which has been done in allopathy," he emphasised.

Last month, Union Health Minister Harsh Vardhan had called Ramdev's statement on allopathic medicines "extremely unfortunate" and had asked him to withdraw the remarks, saying it disrespects "corona warriors" and can break the morale of healthcare workers.

When asked whether the anti-COVID drug 2-DG, developed by the Defence and Research Development Organisation (DRDO), is connected with research done by Patanjali Ayurved, Dr Saraswat replied in the negative.

"It (2-DG) has nothing to do with Patanjali. Patanjali does not know anything about it. It is not their work," he pointed out.

Dr Saraswat, a former chief of Defence Research and Development Organisation (DRDO), said he was the scientific advisor when that drug was developed.

"When the drug was developed, it was basically for supporting the treatment of patients who suffer from radiation-induced cancer... for doing that cancer treatment we do radiation therapy," he explained.

According to him, during a radiation process, not only the cancer cells die but also the healthy cells die, which results in collateral damage to the human body.

"So, we created this drug in such a manner because you know the cancer cells are hungry for energy, so they take energy from our body. Our body gives energy in the form of glucose. Instead of taking body sugar, we started injecting. This drug is like a glucose but actually it is not glucose, it does not have any energy," he said.

Elaborating further, Dr Saraswat said cancerous cells would absorb the drug and then become weak. Once they become weak, lower doses of radiation can be given to kill the cancerous cells and that will not be harmful for healthy cells, he added.

According to Dr Saraswat, the same theory is now being utilised for treating COVID infections.

DRDO's 2-DG has been approved by the Drugs Controller General of India (DCGI) as an oral drug for emergency use as an adjunct therapy in moderate to severe coronavirus patients.