Made To Wait For Ambulance, Says Family Of Celebrated Bihar Mathematician 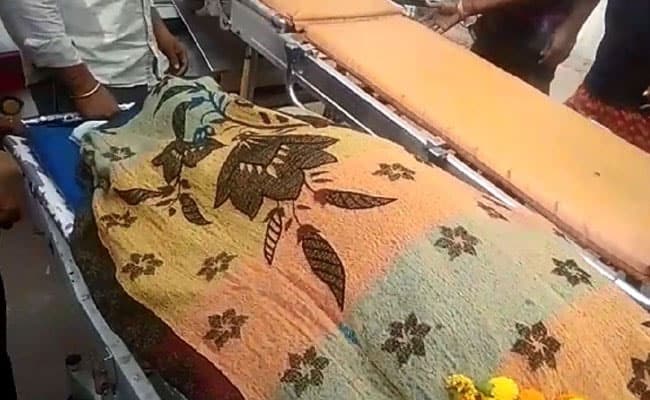 Prime Minister Narendra Modi tweeted his anguish over his death.

Family members of the country's prominent mathematician, Vashishtha Narayan Singh, who died on Thursday, were forced to wait for an ambulance outside Patna Medical College and Hospital (PMCH), with his body on a stretcher. Only after Bihar Chief Minister Nitish Kumar announced that he would be cremated with state honours, the family was provided with an ambulance. The incident has triggered a row on social media.

Mr Singh, a resident of Basantpur in Bhojpur district, was shifted to PMCH last month with prolonged illness. However, he was discharged. On Thursday, he was brought to the hospital after his condition worsened. Doctors declared him dead on arrival.

Ayodhya Prasad, a member of Mr Singh's family, has alleged that his body was kept in the open as the hospital management kept them waiting for an ambulance for an hour.

Several Twitter users have slammed the state government for the hospital's apathy.

Sad state of affairs. It is really sad to see a genius of a mind had to leave this uncouth world in an extremely inhuman condition #VashishthaNarayanSingh#biharhttps://t.co/voe8UK9nsI

#RIP the great and immortal soul of India. He rejected NASA's job offer to be in India for India but we are sorry that we failed u. We couldn't even arranged an ambulance for ur dead body.

A proud IIT's professor, a scientist and a great mathematician.#VashishthaNarayanSinghpic.twitter.com/rsqxB3IpZR

@narendramodi !! @drharshvardhan why such humiliation to a great son of India ! @NitishKumar why no respect to #VashishthaNarayanSingh BiharGovt will have to pay for it... @aajtak@republic@ABPNewshttps://t.co/oA1QBwpDOJ

Hospital authorities, however, said they were discussing if his body should be sent for a post-mortem.

"I am pained with the news of Dr Vashishtha Narayan Singh's death. With him gone, the country has lost a great talent in the field of science and knowledge," he tweeted.

Mr Singh, who did his schooling from Jharkhand, went to California University for research in 1969. His work on Cycle Vector Space Theory made him famous. He also reportedly challenged Einstein's Theory of Relativity.

He had worked as a mathematics professor in Washington. After returning to India in 1971, he also worked at the Indian Institute of Technology in Kanpur and Kolkata.