Varanasi temple priest Balak Das said that Bengal Chief Minister Mamata Banerjee's hatred towards Ram will one day be the reason for her fall. 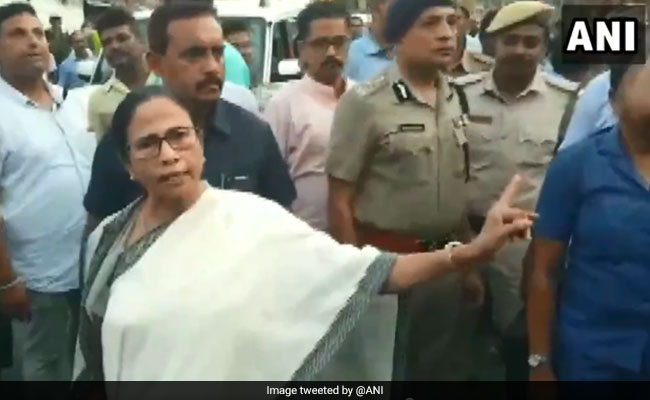 Mamata Banerjee got down from her car and called those who chanted Jai Shri Ram, "outsiders".

The head priest of a Varanasi temple has sent a copy of Shri Ramcharitmanas, a holy Hindu scripture, to Bengal Chief Minister Mamata Banerjee in a hope that it will purify her mind. During the election campaigning in May, the chief minister had a confrontation with the BJP supporters shouting Jai Shri Ram slogans. She had reportedly charged at them in fury, calling them "criminals" and "outsiders".

"Her buddhi  (mind) might get purified by reading the Ramayana. She is after all those who chant Jai Shri Ram and this shows her mindset. Her hatred towards Ram will one day be the reason for her fall," Mahant Balak Das of Patalpuri Temple in Varanasi told news agency ANI.

"I have posted a copy of Shri Ramcharitmanas and requested her to read it as it is the only way out to change her mindset, know Lord Ram and purify her mind. I will keep sending her copies of Ramayana," the head priest added.

He also said that he is ready to guide her in understanding the Ramayana and has also sent her my mobile number along.

The chief minister's getting down from the car and calling those who chanted Jai Shri Ram, "outsiders" have led to a political row with the BJP and allies trying to corner her on the issue.

Mamata Banerjee later clarified that she does not have a problem with the "Jai Shri Ram" slogan, only with the way it is being used by the BJP to "create divisions" in the state. "This is a deliberate attempt to sell the ideology of hate through vandalism and violence, which we must oppose together. One can fool some people some of the time, but cannot fool all the people all the time," she said in a Facebook post last week.

While the BJP won 18 seats across West Bengal in the Lok Sabha elections, the Trinamool Congress only scored marginally better with 22. This has been seen as an indication that the state would witness even more closely fought battles between the two parties in electoral contests to come.