Tej Pratap Yadav, who is the elder son of RJD chief Lalu Prasad, was allotted the bungalow at 3 Deshratna Marg in Patna when he was health minister 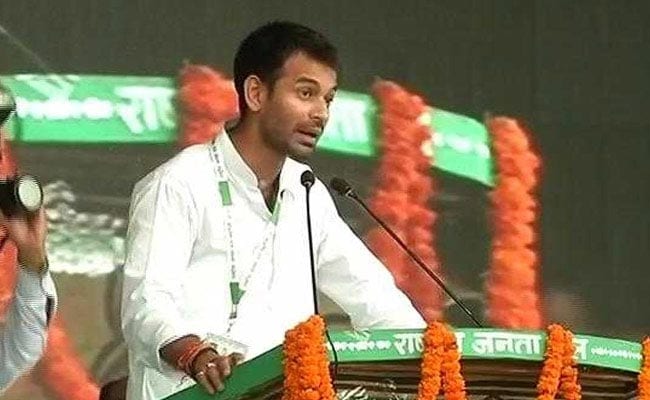 Patna: Claiming that "Bihar Chief Minister Nitish Kumar and his deputy Sushil Modi had unleashed ghosts", former minister Tej Pratap Yadav has vacated the government bungalow in Patna that was allocated to him earlier.

Mr Yadav, who is the elder son of RJD chief Lalu Prasad, was allotted the bungalow at 3 Deshratna Marg when he was health minister.

But after the RJD-JD(U)-Congress coalition collapsed last year and Nitish Kumar later formed the government with the BJP, Mr Yadav was among the politicians who were told by the government to vacate their government bungalows so that others could move in.

The chief minister's party has dismissed Mr Yadav's ghost remarks as a publicity seeking gimmick. "Tej Pratap Yadav suffers from acute attention deficiency and is trying to compete with his younger brother Tejaswi who is hogging the limelight in the media," the JD(U) said.

Promoted
Listen to the latest songs, only on JioSaavn.com
Although Mr Yadav was allocated the bungalow, he used it mostly for meeting his supporters during the day and used to stay at the bungalow allocated to his mother and former chief minister Rabri Devi.

Earlier, Mr Yadav had made some alterations to the government bungalow to make it 'Vaastu' compliant. He had shut the main entrance and used the rear exit.