Some names in circulation to replace him are Union Education Minister Ramesh Pokhriyal Nishank and Satpal Maharaj. 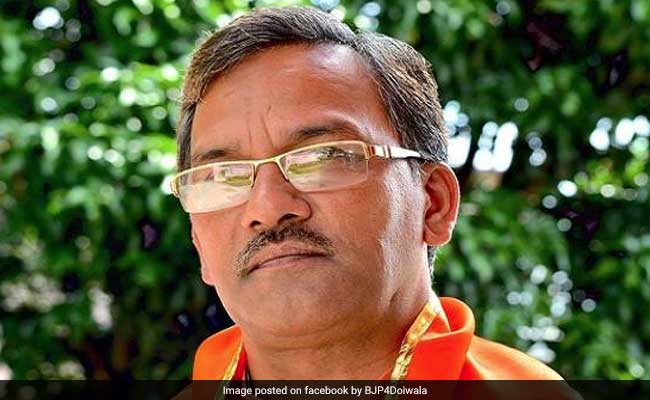 Uttarakhand Chief Minister Trivendra Singh Rawat is in Delhi for a meeting with the BJP leadership amid reports that he may be replaced after being rated "below average" by his own party MLAs. He met with BJP President JP Nadda on Monday evening. Earlier in the day, Mr Nadda met with Home Minister Amit Shah and BJP general secretary organisation BL Santosh to discuss the situation.

Mr Rawat is expected to return to Dehradun on Tuesday and a meeting of the BJP legislature board, mayor and district panchayat president has been called at his residence in the evening, party sources said. The Chief Minister is likely to seek the support of the MLAs with him in this meeting.

Talk of a leadership change in Uttarakhand ahead of elections next year gained ground after two central party observers, Raman Singh and Dushyant Gautam, were sent to Dehradun on Saturday.

The BJP leaders met with MLAs, ministers and also with the Chief Minister and leaders of the RSS (Rashtriya Swayamsevak Sangh), the ideological mentor of the BJP. The two observers then submitted a report to the party president.

Some names in circulation to replace him are Union Education Minister Ramesh Pokhriyal Nishank and Satpal Maharaj.

But while BJP sources say Mr Rawat is likely to be removed, state party chief Banshidhar Bhagat has, on record, categorically denied any such move.

Many MLAs have reportedly pushed for a change in the leadership as they feel that the BJP does not stand a chance of being re-elected under Mr Rawat's leadership.

Mr Rawat's critics accuse him of failing to communicate with them.

The 60-year-old Chief Minister is a low profile politician who does not have any corruption charge against him. But he is accused of not taking decisions and many in the party feel that this may go against the BJP. Some opinion polls have placed him as below average in performance.

In the past too, the BJP had removed Chief Ministers but that did not help the party win. Neither has this ever worked for the Congress.

Political observers feel that a change in the leadership close to any election is a straight-out admission that the government had performed poorly and is liable to be seized by the opposition to attack the ruling party.