UP Chief Minister Yogi Adityanath hit out at the Opposition for its boycott, terming it not just an "insult" to the Father of the Nation but also a "contempt" of the House. 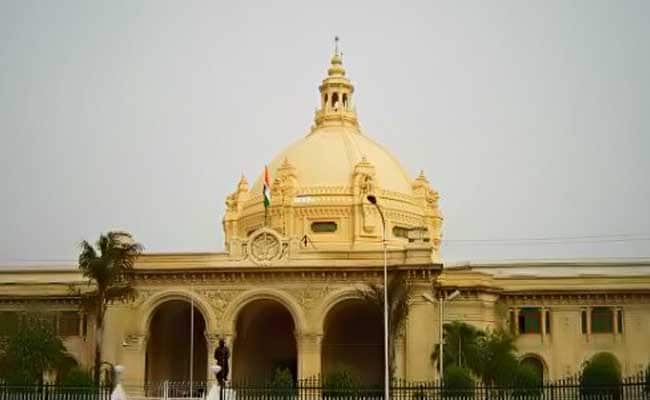 The 36-hour special session began at 11 am on Wednesday.

The Uttar Pradesh Legislature is set to create history of sorts on Thursday night by holding 36-hour-long uninterrupted sessions of both Houses amidst a boycott by rival parties, even as some of their MLAs chose to attend the proceedings.

The simultaneous sittings witnessed Aditi Singh (Congress), Shivpal Yadav (Samajwadi Party) and Aslam Raini (BSP) come out against their respective party's decision of staying away and address the House.

Two others, including Nitin Agarwal (SP) and Anil Singh (BSP), who have already switched sides but technically continue to be members of their respective parties, attended the proceedings.

UP Chief Minister Yogi Adityanath, who had on Wednesday hit out at the Opposition for its boycott, terming it not just an "insult" to the Father of the Nation but also a "contempt" of the House, continued his attack on Thursday, saying they don't have faith in "democratic values" and ideologies of Mahatma Gandhi.

The 36-hour special session of the Uttar Pradesh legislature to mark the 150th anniversary of Mahatma Gandhi began at 11 am on Wednesday.

"The Opposition is boycotting the special session organised to mark the 150th birth anniversary of Mahatma Gandhi. They are those who don''t have faith in democratic values and ideologies of Mahatma Gandhi," Yogi Adityanath said in his address in the UP Legislative Council on Thursday.

The chief minister had addressed the assembly on Wednesday.

He charged that for the Opposition, "power" is a medium for "vyaktigat loot khasoot" (personal loot) and has nothing to do with public welfare.

The chief minister, who was in the assembly till 1 am on Thursday, highlighted the works done by his government to achieve sustainable development goals.

"In our government, the incentives are now performance-based. Those who work will be taken care of and those who don''t are kept on our radar," he said.

Nearly 100 BJP members were in the House overnight as part of the special session. The Uttar Pradesh Assembly has a total strength of 403.

Later in the day, the treasury benches were all ears when SP MLA Shivpal Yadav, who has formed the Pragatisheel Samajwadi Party (Lohia), addressed the special session, terming it "historic".

"The holding of the session is historic," Shivpal Yadav said in his address in the state Assembly.

He also praised the BJP-led Uttar Pradesh government for organising an investors'' summit, saying it had improved the image of the state but the "required investments" were yet to come. The veteran leader, who is still an MLA of the Samajwadi Party (SP), appreciated the government's "Green Kumbh" initiative, under which over 22 crore saplings were planted. He also praised the Ujjwala scheme of the government and urged it to consider providing subsidies to the poor people for refilling their LPG cylinders.

Complaining about the state police, Shivpal Yadav said, "They (policemen) do not pay heed to the people's representatives. FIRs are not lodged. Though the chief minister is honest, there is corruption at police stations and tehsils and the need to follow Mahatma Gandhi's ideology."

The presence of BSP legislator Mohammad Aslam Raini in the House got some film-style advice from the Speaker as he defied an opposition boycott.

"Jab pyar kiya to darna kya (when in love, have no fear)," Speaker Hriday Narain Dixit told Mohammad Aslam Raini as the MLA worried if people will think he is joining the ruling BJP.

Addressing the session, Mr Raini said he had listened to his inner voice when he decided to attend the Assembly and thanked the chief minister for his initiatives in the state, but added, "If I thank too much, everyone will say I have joined the BJP."

"Don't be afraid... Jab pyar kiya to darna kya," the Speaker joked, echoing the line of a song from Mughal-e-Azam and triggering laughter.

In his repartee, the MLA recited a line from another song in the same film that suggested that he could be flirting with the idea of switching sides.

"Teri mehfil me kismat aajma kar hum bhi dekhenge," he said. Roughly translated, it says, "I will try my luck in your gathering as well."

The MLA insisted that he remains with Mayawati's Bahujan Samaj Party, but there were indications that he may be having second thoughts.

The MLA praised the Bharatiya Janata Party's booth-level management during the elections.

"Those who work, win. We stand nowhere before the BJP because an MLA like me is not valued in the party. After losing, blaming the EVMs (electronic voting machines) is not fair," he said.

He however also praised his leader, Mayawati, saying "I have no hesitation in saying that if there has been law and order, it was in ''behen'' Mayawati''s regime and after her it is now in CM Yogi''s rule."

On Wednesday, Congress MLA from Rae Bareli, Aditi Singh, who remained absent from the Congress'' Gandhi Jayanti functions, had come to the House, "rising above party lines".