Uttar Pradesh Elections 2017: The Hint Of Hindutva In BJP's Plan For Development And Change

The BJP's manifesto for Uttar Pradesh is a list of pledges for parivartan or change, instead of a list of promises, with nine heads under which are development reforms that the party plans if it is voted to power. But some elements in the 24-page document belie the development mantra that the BJP says it is pushing. Lurking in those pages is subtle content which indicates that manifestos and development may not alone win elections in UP and the party is not averse to a little polarisation.

There are new players in that game and the old ones are out. BJP chief Amit Shah, as he released the party's Lok Kalyan Sankalp Patra 2017 on Saturday, promised to revive the state in five years from "the setbacks it has suffered in the last 15 years of Samajwadi Party and Bahujan Samaj Party rule."

'Criminals will be stopped from operating from inside UP prisons. There will be employment, land grabbers and those involved in corruption for decades will be dealt with by a task force,' said the BJP president.

Wrapping up, he said, "Before I end, I will say that the Ram Mandir is on our agenda, but within the framework of the Constitution." 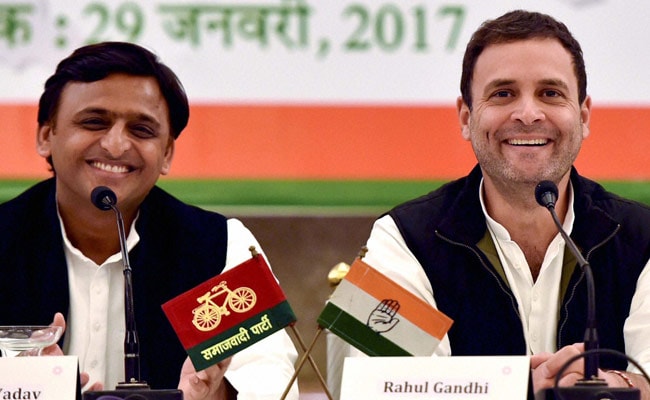 The BJP faces stiff competition in UP from the SP-Congress alliance and the BSP.

But the BJP doesn't need the Ram Mandir. The issue lost its election worthiness long ago. In fact, in the 2014 general elections, the Ram Mandir was consigned to the last pages of the BJP manifesto and Prime Minister Narendra Modi did not promise the temple even at a rally in Faizabad, the twin town of Ayodhya, where the disputed Ram Janmbhoomi-Babri Masjid site is located.

So this time, the BJP is making appeals built around local fault lines. The party and its affiliates have steadily crafted their politics in Uttar Pradesh over cow protection, beef and cattle slaughter - an issue that has caused tension between Hindus and Muslims. The BJP's pledge for the assembly polls includes shutting down "illegal and mechanised slaughter houses."

The BJP has also said it will initiate consultations with Muslim women on the Islamic divorce practice of triple talaq and then petition courts, a promise that is causing worry in the minority community because the BJP-led NDA government at the Centre has already taken a position against the practice in the Supreme Court.

In another poll promise, the BJP chief said, "district collectors will be held accountable for migration of people due to communal strife," promising to set up teams that would check such "exodus." The BJP, Mr Shah said, is convinced that reports of Hindu families migrating from Muslim-majority towns in western UP are true. 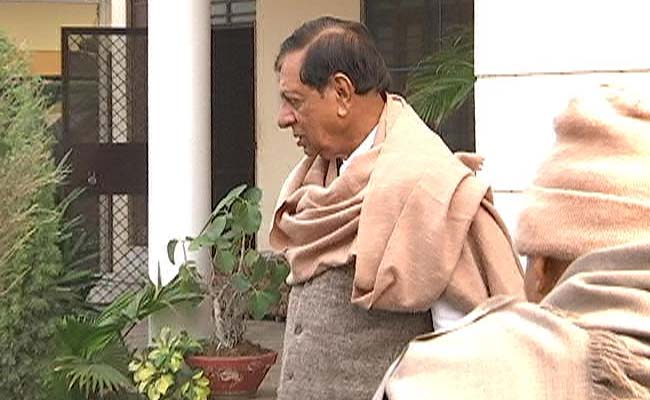 BJP member of Parliament from western UP, Hukum Singh, had made stunning allegations last year that there was large-scale Hindu migration from Kairana in his constituency after riots in 2013 in the area. Mr Singh had, however, failed to prove his charges.

The subtle Hindutva agenda comes as the BJP struggles with spots of trouble just ahead of the elections. A few months ago, the party concluded on the basis of several ground surveys and leadership assessments that despite sweeping the state in the 2014 national election, it did not have suitable candidates for 150 of UP's 403 seats.

Since then, it has fielded over 50 politicians who have shifted to the party recently from the ruling Samajwadi Party, Mayawati's Bahujan Samaj Party or the Congress. The party has been facing minor mutinies from BJP workers and local leaders who have been denied ticket to accommodate the "outsiders." 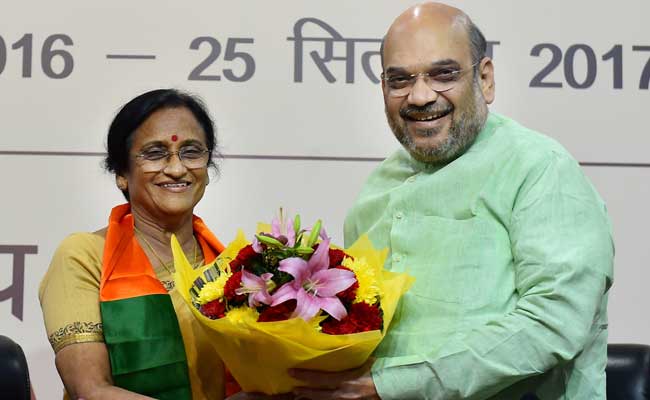 Former Congress leader Rita Bahuguna Joshi will contest the UP polls on a BJP ticket.

Faced with the Samajwadi Party's consolidation of the Yadav vote and the BSP's enormous Dalit backing, the BJP is trying to win over the non-Yadav Other Backward Castes or OBCs, and the most backward castes or MBCs, who together make up 42 per cent of the state's voters. It also sees in the Samajwadi Party and BSP's tussle for the Muslim vote, the opportunity to consolidate majority community votes.

Promoted
Listen to the latest songs, only on JioSaavn.com
The BJP wants to hold on to western UP, where it had won almost every seat in the national election, held months after the Muzaffarnagar riots. The BJP hopes that the Jats of western UP will vote as a community and not on caste lines to prevent the Samajwadi Party and BSP from returning to power because of their clear wooing of Muslims.

In eastern UP, the BJP needs damage control as it faces an the wrath of the supporters of Yogi Adityanath, the party's Lok Sabha MP and head of the influential Gorakh Dhan Peeth in Gorakhpur. They are upset that Yogi Adityanath has not been projected as the party's chef minister; the MP is also unhappy that people of his choice have not been fielded as party candidates.