US Deputy National Security Adviser Daleep Singh was in India on March 30 and 31 to discuss the consequences of Russia's "unjustified war" against Ukraine and the development of an Indo-Pacific Economic Framework. 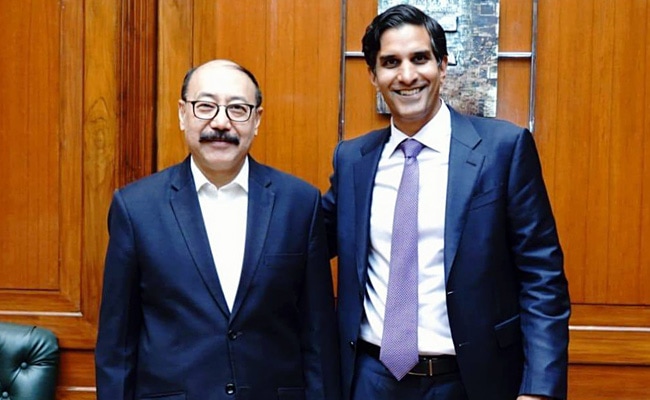 Top Indian-American US adviser and a key architect of Washington's punitive economic sanctions against Moscow, Daleep Singh, has had productive conversations with his Indian counterparts, the White House said on Thursday.

Mr Singh was in India on March 30 and 31 to discuss the consequences of Russia's "unjustified war" against Ukraine and the development of an Indo-Pacific Economic Framework.

"Daleep Singh, the deputy national security adviser for international economics, had really good discussions with his counterparts. And I know that the conversation was productive," White House Director of Communications Kate Bedingfield told reporters at her daily news conference.

At a separate news conference, State Department Spokesperson Ned Price, responding to a question on the India visit of the Russian Foreign Minister said that every country has their own relationship.

"Different countries are going to have their own relationship with the Russian Federation. It's a fact of history. It's a fact of geography. That is not something that we are seeking to change. What we are seeking to do, whether it is in the context of India or other partners and allies around the world, is to do all we can to see to it that the international community is speaking in unison," he said.

"Speaking loudly against this unjustified, unprovoked, premeditated aggression, calling for an end to the violence, using the leverage that countries, including India, have to those ends. There are countries that by dint of their long standing relationships with the Russian Federation are going to have in some ways even more leverage than countries closer to us will," he said.

"That is all well and good. We understand that. What we are asking for, what we are calling for is that all countries use the leverage that they have to make sure that that message is coming across to Vladimir Putin loud and clear," Mr Price said.

He refrained from giving a direct response to the question on Rupee-Ruble trade between India and Russia.

"I would refer to our Indian partners when it comes to any such rupee-ruble conversion that may have been discussed. When it comes to the Quad, one of the core principles of the Quad is the idea of a free and open Indo-Pacific. That is specific in that context to the Indo-Pacific. But these are principles, these are ideals that transcend any geographic region," he said.