"My husband, who is currently in jail, had asked me to get him a new set of kurta-pyjama for Eid. I failed to get the dress stitched, which led to a quarrel. He gave me triple talaq," the woman said. 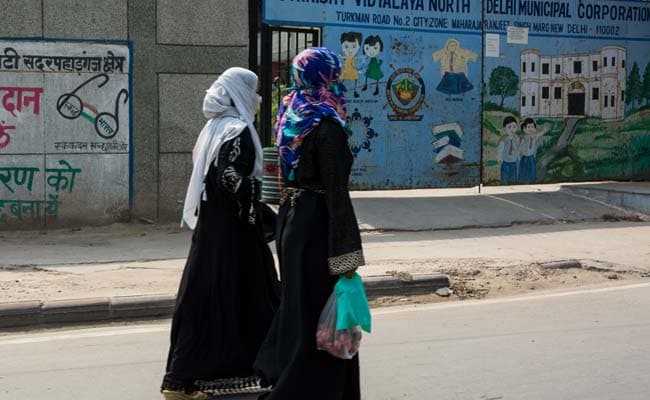 UP woman claimed she was given triple talaq by her jailed husband. (Representational image)

A woman from Amroha district of Uttar Pradesh claimed she was given triple talaq by her jailed husband because she failed to get him a new dress for Eid.

"My husband, who is currently in jail, had asked me to get him a new set of kurta-pyjama on the occasion of Eid. I failed to get the dress stitched as I could not arrange for the money, which led to a quarrel between the two of us when I went to meet him. He gave me triple talaq. I then sent two of my family members to make him understand, but he gave me triple talaq in front of them too," Murshida, told ANI this morning.

The woman added that her husband is lodged in jail since 2014 in connection with a murder case.

"Murshida's complaint has been registered and action is being taken against her husband," senior police official Vipin Tada said.

"A woman lodged the complaint in the Gajrola police station that she was given triple talaq by her husband, who is lodged in jail, during meeting time with family members. The man again gave her triple talaq in front of her family members who had gone there to get the matter resolved," Mr Tada told ANI.

"A case under the Muslim Women (Protection of Rights on Marriage) Act has been registered and strict action will be taken. This is probably the eighth case from the district after triple talaq law came into force," the police official added.

The woman is also planning to write to Prime Minister Narendra Modi to apprise him about the issue and seek justice.

The Muslim Women (Protection of Rights on Marriage), Bill, 2019, which criminalises instant "triple talaq" among Muslims and attracts a jail term of three years for the husband came into force on August 1.