UP Minister Denies He Gatecrashed Dalit Family Dinner, Ordered In

Minister Suresh Rana allegedly dined at a Dalit home in Aligarh, but brought his own food, mineral water and cutlery, according to the family. 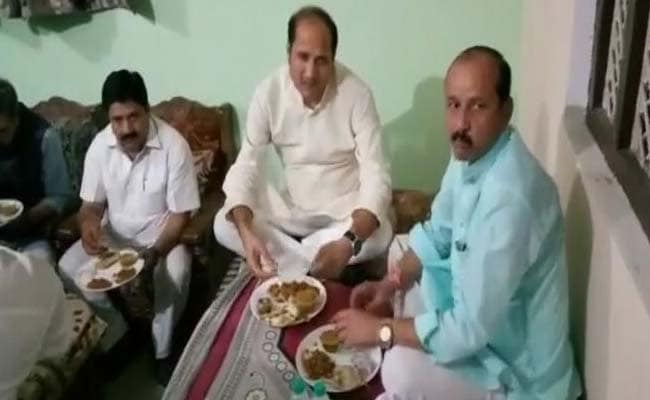 UP minister Suresh Rana, his aides went to the home of a Dalit family in Aligarh to dine with them.

Lucknow: Lashing out at critics who claimed that he gate-crashed his way into the house of a Dalit family and had dinner with them in Aligarh's Lohagarh village, Uttar Pradesh minister Suresh Rana today said that "Dalit tourism" is not in the BJP's tradition.

"I am throwing an open challenge to them to prove that even a single grain of food came from outside. In fact, all food items were cooked in the village and by the villagers.

"The programme was organised by the local MLA (Anoop Valmiki) and the village pradhan. As per the plan, a breakfast was planned with a Dalit family the next morning, but I had expressed a desire that instead of having dinner at the community centre, I will have it at the house of a Dalit," he said.

The minister's reaction came after reports that he may have taken his own food and water. 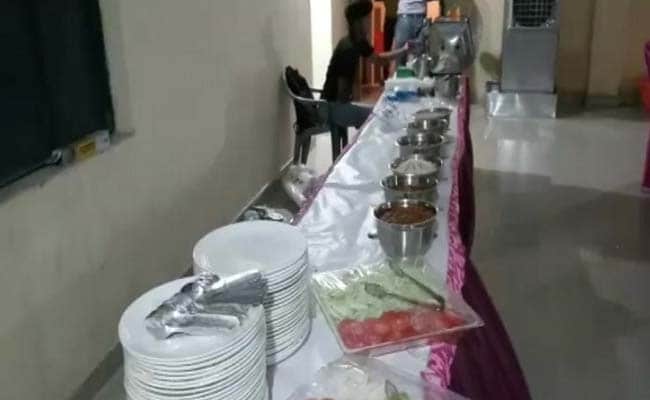 According to reports, the minister and his aides reached the home of a Dalit family in Aligarh to dine with them, but ordered food, mineral water and cutlery from outside as the family was not aware of the minister's visit.

Minister of state (independent charge) for sugarcane development, Mr Rana told news agency PTI that at around 11.00 pm (on Monday), he went to the house located opposite the community centre, and ate food with them, spent an hour with them and also slept there itself.

Attacking the Congress, Mr Rana said, "I want to convey one thing to the leaders of the Congress that the Dalit tourism undertaken by them is not a tradition of the BJP. If they spend a night at the community centre, then they will realize the drive of the BJP."

Training his guns on his political rivals, Mr Rana said, "I want to question the people who indulge in politics over meal (bhojan pe raajniti). My question to them is that if the Dalit society has come to a position where it can organize a meal for people visiting its village or host a good meal, then what is the problem? The root of the problem is not the meal, but the fact that at around 11.00 pm why a BJP minister is present in the village, and why a crowd of more than 2,000 people are present with him."
Comments
Suresh RanaDalit FamilyUttar Pradesh