"Another Nirbhaya": Outrage As UP Woman, Gang-Raped, Dies In Hospital 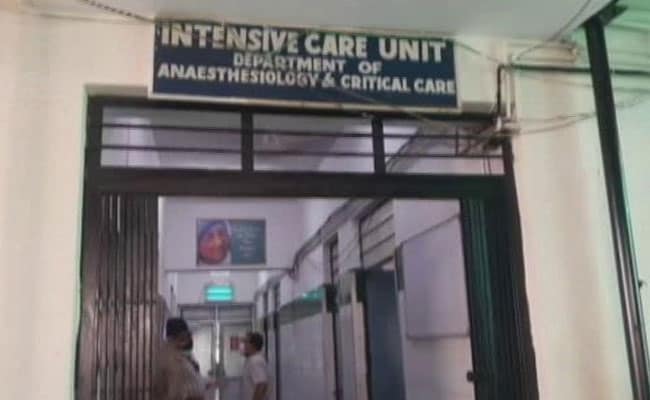 A 20-year-old woman's death two weeks after her brutal gangrape and torture in Uttar Pradesh's Hathras has sparked outrage across the country.

The woman, admitted to the ICU of a Delhi hospital, died today of her multiple fractures; she had been extremely critical since her barbaric assault allegedly by four men from her village.

Thousands of tweets asking for justice for the woman flooded Twitter after her death this morning.

Congress general secretary Priyanka Gandhi Vadra condemned the crime adding that law and order in the state has deteriorated drastically. Stressing on women's safety, she called for severe punishment of the guilty and tagged UP Chief Minister Yogi Adityanath.

"You are accountable for the safety of women in UP," she said.

Uttar Pradesh Congress kept it brief tagging the National Commission of Women, asking "aap hain kya (are you there?)" with hashtag Hathras.

"There is no hope left from this insensitive government," Mr Yadav tweeted.

Rajya Sabha MP Priyanka Chaturvedi also called for strict punishment of the guilty and called the crime an "incident that has crossed all limits of brutality."

Actor Swara Bhasker called the crime "shameful" and said "another Nirbhaya breathed her last today". In the Delhi gangrape case of 2012, a young woman who was christened Nirbhaya by the media, died days after her savage assault.

Congress leader Alka Lamba blasted Union Minister Smriti Irani and the NCW saying that this is a "small matter" for them and they "won't waste time speaking about this."

Ms Lamba also blasted the BJP government, which rules the centre as well as Uttar Pradesh, over actor Kangana Ranaut's Y-plus security when she returned to Mumbai.

"They are busy getting Kangana justice, please do not disturb," Ms Lamba tweeted in Hindi.

Kangana Ranaut also tweeted: "What a sad and shameful day for this country. Shame on us we failed our daughters."

The woman was attacked on September 14 at her village in Hathras, some 200 km from Delhi. She was dragged by her dupatta into the fields from a spot where she had been cutting grass with her family.

Fractures at the base of her neck left her struggling to breathe, said doctors. It was also believed that she bit her tongue and cut it when her attackers were trying to strangle her.

The woman belonged to the Scheduled Castes community, while her attackers were from a so-called upper caste. They are all in jail.

The incident sent shockwaves across the country after details of her injuries emerged.

The woman's family has accused the Uttar Pradesh police of not helping them initially but reacting only after public outrage.