Alleging that women were mistreated during the SP government, Gaurav Bhatia claimed if police caught an accused, a "minister would call to let the criminal go as he used to be close to him." 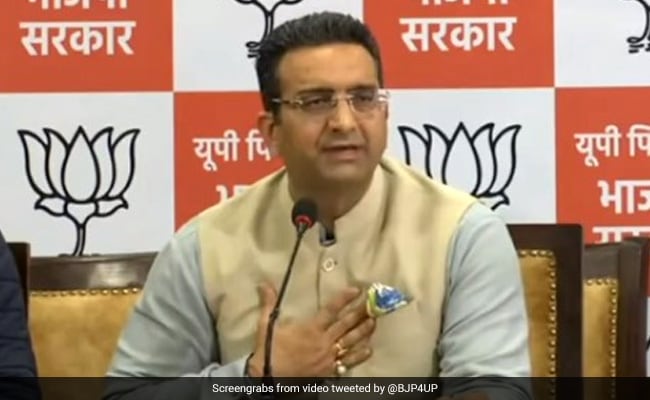 Akhilesh Yadav headed the Samajwadi Party government between 2012 and 2017.

The BJP Friday accused the Samajwadi Party of protecting criminals when it was in power, and also fielding them in the assembly elections this year.

The BJP's national spokesman Gaurav Bhatia said, "We challenge (SP president) Akhilesh Yadav ji to break his silence on the issue of law and order and development." While talking to newspersons, Mr Bhatia further said, "Criminals used to get protection under the Samajwadi Party government."

Alleging that women were mistreated during the SP government, he claimed if police caught an accused, a "minister would call to let the criminal go as he used to be close to him." He said that under the Yogi Adityanath-led BJP government action has been taken against bahubalis and mafias.

"See the influence of the uniform (police force) today. Those who are called bahubalis and mafias are in jails and their property has been confiscated. Earlier those in uniform (police) were asked to search the buffalos. There was no fault of the men in uniform as they used to get phone calls from higher authorities." He also charged the Samajwadi Party with not delivering on even one promise made in its manifesto for the 2012 assembly elections, and said the BJP fulfilled the promises also of the SP.

Mr Yadav headed the Samajwadi Party government between 2012 and 2017.