UP Cuts Down Rama Navami Celebrations At Ayodhya, No Outsiders Allowed

Ayodhya district administration's announcement comes a day after the "Ram Kot Parikrama", an important religious event that marks the start of Ram Navami festivities, was suspended 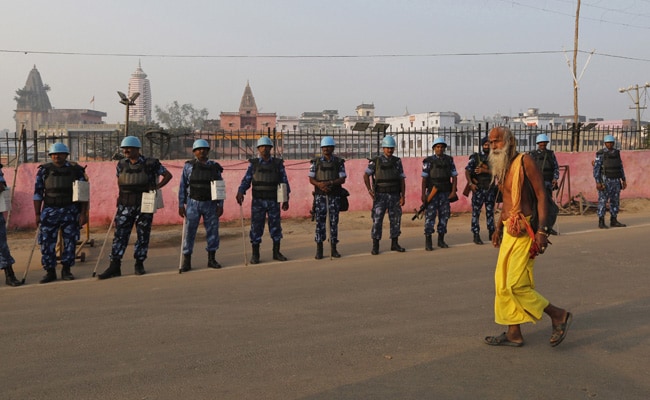 The district administration in Uttar Pradesh's Ayodhya has prohibited the entry of outsiders and banned both crowds gathering at temples in the town and mass bathing in the Sarayu River, ahead of Ram Navami festivities to be celebrated next week.

The restrictions, which will be in place till April 2, come amid concern over the novel coronavirus, or COVID-19, outbreak in the country. According to the Health Ministry, Uttar Pradesh has 24 cases of the highly infectious virus.

The announcement comes a day after the "Ram Kot Parikrama", an important religious event that marks the start of Ram Navami festivities, was suspended.

"There are many such important parikramas (the act of circling an object of worship) that we organise in Ayodhya. This is one event and was scheduled for March 24, but the coronavirus is a national and international threat," Mahant Raj Kumar Das, a member of the organising committee told NDTV.

"We don't want anyone to get infected here, so we have suspended the event," he added.

However, the Chief Minister, in his address, stopped short of cautioning against holding or attending massive religious gatherings at this time.

Massive gatherings such as these are exactly what medical experts have repeatedly advised against to contain the spread of this highly infectious virus.

The Prime Minister, who has repeatedly called for social distancing to stop the virus, has also advised against it but he too has not specifically mentioned religious gathering such as the one in Ayodhya.

The Yogi Adityanath government, meanwhile, is also pressing on with a plan for the Chief Minister to perform a prayer at Ram Janmabhoomi on the morning of March 25, as the idol of Lord Ram is moved from a makeshift tin structure at the site to a temporary fibre glass structure.

Government sources say this will be a private affair. However, there is as yet no plan on how to prevent crowds once the Chief Minister leaves.

Attention around Ayodhya is heightened now because of the Supreme Court verdict in November last year, which saw the top court clear the way for the construction of a temple.

The COVID-19 pandemic sweeping across the world originated in China's Wuhan district in December last year. It has killed nearly 10,000 people so far, according to the World Health Organisation (WHO) and infected 2.3 lakh.