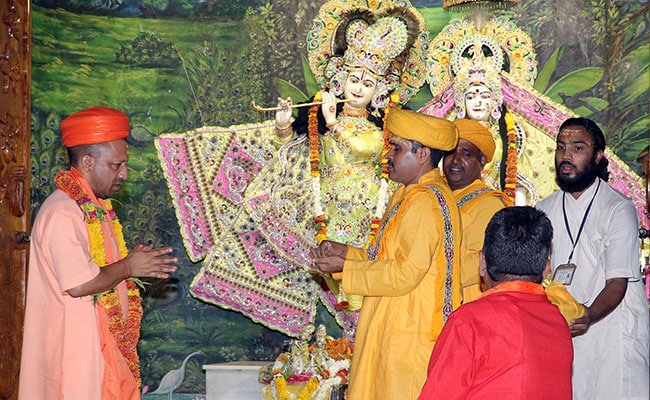 Yogi Adityanath had a spiritual session with saint Vinod Baba in Barsana, a disciple of Baba said.

He said the Chief Minister also interacted with pilgrims at Sri Krishna Janmasthan.

He also had a spiritual session with saint Vinod Baba in Barsana, a disciple of Baba said.

A memorandum for including ward no 19, 40 and 48 in Sri Krishna Janmabhumi Tirth was given by Gopeshwar Nath Chaturvedi, a trustee of Sri Krishna Janmasthan Seva Sansthan, since these wards form part of ancient “Panchkosi Parikrama (About 15 kilometer circumambulation )” of Mathura Parikrama, officials disclosed.