Due to the bad condition of the road leading to a Covid positive patient's house in Assam's Cachar district, the ambulance driver and his assistant had to take the patient along the muddy road to the ambulance on a bicycle. 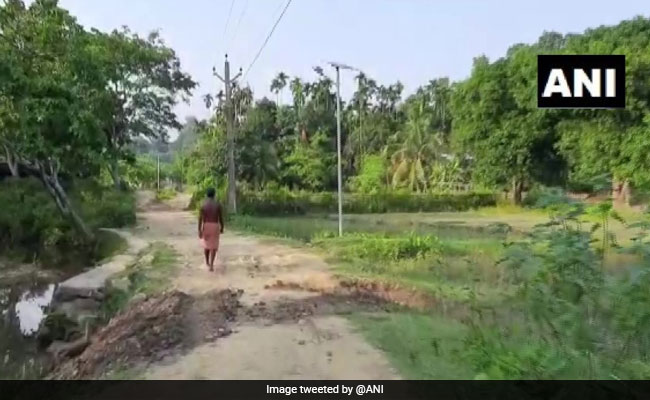 Badruddin, the driver of a 108 ambulance service, in Assam's Cachar district.

An ambulance driver in Assam's Cachar district was forced to ferry a coronavirus-infected man on a bicycle for over a kilometre due to the bad condition of the road leading to the patient's house in Telichhara village.

Badruddin, the driver of a 108 ambulance service, said: "I carried the patient on a bicycle for over 1 kilometre to the ambulance parked outside the village as the road leading to the Telichhara village in Cachar was unmotorable."

The driver said that he requested the patient's family members to carry him to the ambulance but they refused as they were too scared to come near the patient.

Dressed in PPE kits, the driver and his assistant took the patient along the muddy road to the waiting ambulance and to the hospital.

The current positivity rate in the state is 4.78 per cent. At present, Assam has as many as 53,317 active cases.

To curb the impact of the virus, the state government has imposed a "corona curfew" in selected areas in the state till June 5.