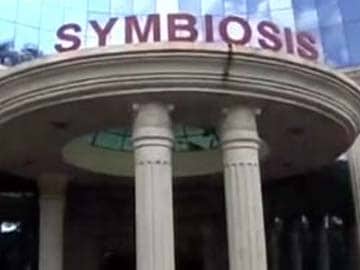 Symbiosis plans to protest against the decision

New Delhi: A fresh battle seems to have started over the autonomy of educational institutions. Two months after the Delhi University was forced to scrap its four-year undergraduate courses, it seems to be the turn of autonomous deemed universities like Symbiosis and the Shiv Nader University, which have been running such programmes for several years now.

The University Grants Commission, or UGC, the central funding agency that coordinates college education policies, has asked Symbiosis, Pune to shut down its four-year courses in liberal arts, which have been running for the last four years. The institution has been given 15 days to comply with the order.

The university plans to protest against the decision, which would affect the futures of 140 students.

"Universities should be allowed to be innovative and flexible. We will appeal to the UGC and the Human Resources Development ministry to reconsider the decision," said Symbiosis Chancellor Dr S Mazumdar.

The UGC claims all universities should have automatically followed its notification issued in July, which said four-year-courses should be done away with. The individual notification was sent to Symbiosis only after it became known that it had failed to do so.

What is shocking is that the UGC was apparently not aware of the universities running four-year programmes. After specific questions to seven universities, four admitted they had such courses.

The UGC reaction comes two months after its bitter tussle with the Delhi University, which raised questions about the autonomy of educational institutions.

After the Delhi University scrapped its four year courses, Human Resources Development Minister Smriti Irani said, "I respect the autonomy of institutions but autonomous institutions were created to serve the people. One shouldn't sacrifice the interest of our students at the altar of prestige."

The students of Symbiosis, though, are far from being convinced. "We are ready to pay and study for four years, that should be all," said one of the students.

Promoted
Listen to the latest songs, only on JioSaavn.com
The UGC, though, is understood to have allowed the Indian Institute of Science, Bangalore, to continue with its four-year undergraduate programme after the institute sent a detailed clarification.