The Ram Janmabhoomi Teertha Kshetra Trust, set up in accordance with the Supreme Court verdict, held its second meeting earlier this month. 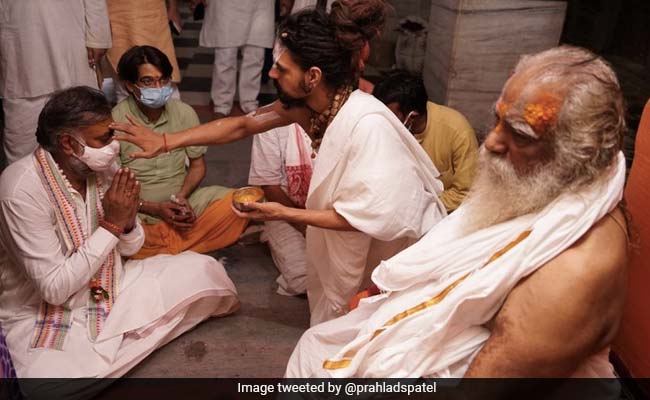 "Whosoever wants to make offerings, it will be accepted. Prime Minister Narendra Modi will also be coming on August 5 and he should be welcomed. Ayodhya should be cleaned and arrangements should be ensured," said Mahant Nritya Gopal, president Shri Ram Janmabhoomi Teerth Kshetra Trust.

PM Modi is scheduled to lay the foundation stone of the Ram Temple in Ayodhya on August 5, according to the president of the Sri Ram Janmabhoomi Teerth Kshetra Trust. The construction of Ram temple will begin in Ayodhya after the ceremony to lay the foundation stone (bhoomi poojan) in which chief ministers of many states, ministers from the union cabinet and RSS chief Mohan Bhagwat are also likely to participate.

The Ram Janmabhoomi Teertha Kshetra Trust, set up in accordance with the Supreme Court verdict, held its second meeting earlier this month.

In March this year, the Ram Lalla idol was shifted to a temporary structure.

The top court, on November 9 last year, had directed the central government to hand over the site at Ayodhya for the construction of a Ram temple.