"The national COVID-19 recovery rate has reached 76.28 per cent, while the mortality rate has come down to 1.82 per cent which was the lowest in the world," Harsh Vardhan said. 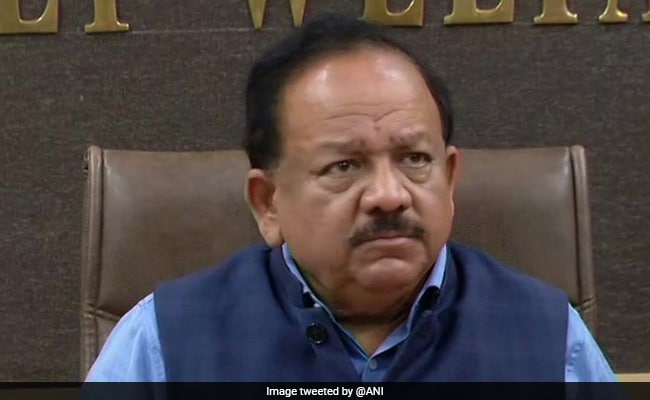 Union Health Minister Harsh Vardhan said on Friday that the COVID-19 recovery rate in the country has improved to 76.28 per cent, but added that the pandemic should not be taken lightly.

He said this while virtually inaugurating a Rs 237 crore-worth super speciality hospital built by the Centre in Indore, which is the worst-hit district in Madhya Pradesh in terms of the coronavirus infection count and deaths.

"The national COVID-19 recovery rate has reached 76.28 per cent, while the mortality rate has come down to 1.82 per cent which was the lowest in the world," he said.

Nearly four crore tests have been conducted on people.

Of them, nine lakh were done on Thursday alone, he said. "Although our country is better equipped to deal with the viral infection than the rest of the world, we should not take the pandemic lightly," he said.

Through a video conferencing function, he called upon the leaders to make people in their area aware about the disease and motivate them to follow the government guidelines to stop the spread of the disease.

"I have full faith that if we all work unitedly, we under the leadership of Prime Minister Narendra Modi, are going to succeed in the fight against coronavirus," the minister said.

He added that the work to build 75 super speciality hospitals in the country was going on at a fast pace.

On the pandemic situation in Madhya Pradesh, he said that the number of cases were big at four to five places and the Centre will focus more on them.

Mr Vardhan said that efforts are on to open a branch of the National Centre for Disease Control in Bhopal this year.

According to him, the state government has made available 12,000 sq ft area to the Centre for setting up this branch.

The facility will have a laboratory to check and conduct research on diseases, including COVID-19, he said, adding that with the help of the central government, 14 new medical colleges are being set up in MP.