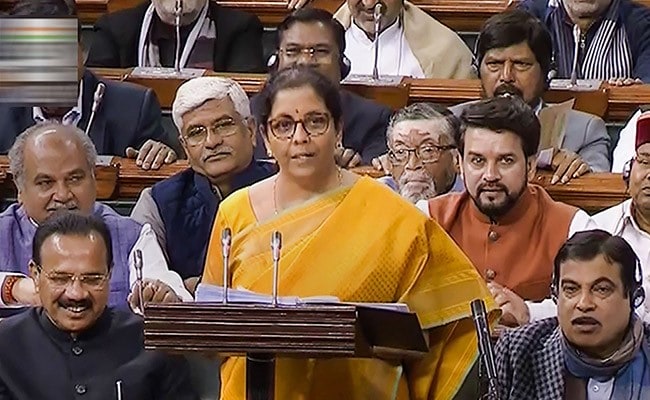 Allocations in the Union Budget for various flagship schemes under the Department of Rural Development was marginally reduced to Rs 1.20 lakh crore for the year 2020-21 from Rs 1.22 lakh crore in 2019-20, while the funds allotted for employment guarantee scheme MGNREGA came down by Rs 9,500 crore during the same period.

As per the Union Budget document tabled by Union Finance Minister Nirmala Sitharaman in Parliament, Rs 61,500 crore has been allocated for the Mahatma Gandhi National Rural Employment Guarantee Scheme (MGNREGS) for the year 2020-21, down by more than 13 per cent from the total estimated expenditure for 2019-20 which was at Rs 71,001.81 crore.

Sources in the Rural Development Ministry said the actual expenditure incurred in 2020-21 will be higher than the allocated funds and it will at least be at par with this year''s total estimated expenditure of MGNREGS.

Senior officials in the ministry said the total expenditure under MGNREGS during 2008 to 2014, under the Congress-led UPA government, was Rs 1.91 lakh crore which jumped to Rs 2.95 lakh crore during 2014 to 2020, during the tenure of the Prime Minister Narendra Modi-led government.

Talking about the government's welfare schemes for rural areas, Ms Sitharaman said,"Under the Deen Dayal Antyodaya Yojana for alleviation of poverty, 58 lakh Self Help Groups (SHGs) have been mobilised. We shall further expand on SHGs."

Unlike the Department of Rural Development, the allocation for the Department of Panchayati Raj has almost doubled to Rs 900.94 crore for the year 2020-21 from Rs 500 crore from the estimated expenditure incurred in 2019-20.

Both departments comes under the same ministry.

The allocation for the Department of Panchayati Raj has increased on account of higher funds allotted to the Rashtriya Gram Swaraj Abhiyan from an estimated expenditure of Rs 465.46 crore in 2019-20 to Rs 857.53 crore in 2020-21.

Speaking on the importance of panchayats in her Budget speech, Ms Sitharaman said the government's vision is that all "public institutions" at gram panchayat level such as anganwadis, health and wellness centres, government schools, PDS outlets, post offices and police stations will be provided with digital connectivity.

So, Fibre to the Home (FTTH) connections through Bharatnet will link one lakh gram panchayats this year. It is proposed to provide Rs 6,000 crore to the Bharatnet programme in 2020-21, she said.