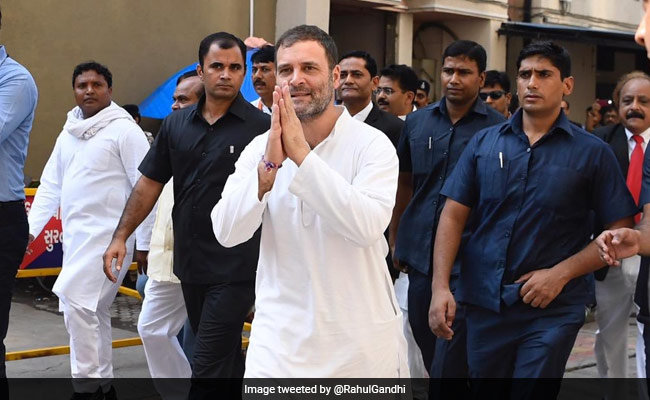 Days after Congress leader Rahul Gandhi tore into Finance Minister Nirmala Sitharaman's Union Budget as "hollow" and failing to address unemployment levels in the country, he was back at it. In a tweet posted this morning Mr Gandhi told Ms Sitharaman "don't' be afraid of questions... asking on behalf of youth... replying is your responsibility". The former Congress chief hit out at Ms Sitharaman and the centre for failing "miserably" to provide jobs.

The Congress has sought to repeatedly attack the centre over unemployment levels that stood at 7.5 per cent for September-December 2019, according to the Centre for Monitoring Indian Economy (CMIE); the report claims the rate for graduates is as high as 18 per cent.

In 2017/18 the rate was 6.1 per cent, the statistics ministry said in May, confirming the figure leaked to Business Standard newspaper in January, which said it was the highest since 1972-73.

"Finance Minister, don't be afraid of my questions. I am asking it on behalf of youths, and replying them is your responsibility. The youth of the country needs jobs and your government has failed miserably in providing jobs," Rahul Gandhi wrote in Hindi.

On Saturday, as he was leaving parliament after listening to Ms Sitharaman deliver her second budget -the longest in history - Mr Gandhi dismissed the speech as one with no solution to the unemployment problem facing young Indians and criticised Prime Minister Narendra Modi and the Finance Minister as having "absolutely no clue what to do next".

"Maybe this was the longest budget speech in history, but it had nothing. It was hollow. PM Modi and Nirmala Sitharaman looked like they have absolutely no clue what to do next. The main issue facing the country is unemployment. I didn't see any strategic idea that will help our youth get jobs. I saw tactical stuff but no central idea," Mr Gandhi said.

Presenting her second budget, Ms Sitharaman was tasked with finding answers to the current economic slowdown that has been characterised a downward-spiralling GDP growth rate; it slowed to 4.5 per cent in the July-September quarter - the weakest since 2013.

Although her budget earmarked Rs 99,300 crore for education (with a further Rs 3,000 crore for skill development) and several proposals, including degree-level online programmes by top 100 institutions, it failed to announce more substantial measures to curb unemployment, a fact also pointed out by NCP chief Sharad Pawar.

On Sunday Rahul Gandhi took a swipe at Prime Minister Narendra Modi, tweeting a two-year-old video of the PM exercising and writing: "Dear PM, Please try your magical exercise routine a few more times. You never know, it might just start the economy." He also used the hashtag "#Modinomics".