Union Budget Highlights 2020: The Union Budget 2020 is based on three themes - Aspirational India, economic development for all, and caring society. The Income tax rates have been cut, 10% for income of Rs 5-7.5 lakh against earlier 20% 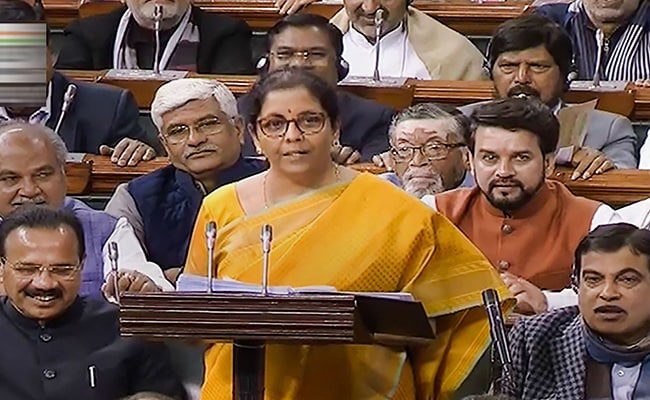 Union Budget 2020 was today presented by Finance Minister Nirmala Sitharamanin a bid to revive the economic growth and boost people's income. The Budget is based on three themes - aspirational India, economic development for all, and caring society. The Finance Minister began her speech by saying that the Budget 2020-21 is for boosting income and improving the purchasing power of people. The Finance Minister said the fiscal deficit is estimated at 3.8 per cent (revised estimate for 2019-20) of the gross domestic product in the current financial year, and the government aims to lower it to 3.5 per cent (budget estimate for 2020-21) in the financial year ending March 2021. She proposed to allocate Rs 69,000 crore to the healthcare sector and Rs 12,300 crore to Prime Minister Narendra Modi's flagship cleanliness programme Swachh Bharat Mission. The Finance Minister also earmarked another Rs 3.6 lakh crore towards the supply of piped water to households. Here are some of the highlights of budget 2020.

The income tax rates have been revised.

The government is committed to doubling farmers' income by 2022, the Finance Minister said, as she proposed to allocate Rs 2.83 lakh crore for agriculture and rural sectors such as irrigation.

Estimated nominal GDP growth rate for 2020-21 is 10 per cent, said Finance Minister Nirmala Sitharaman. Wealth creators will be respected in this country, tax harassment will not be tolerated, she added.