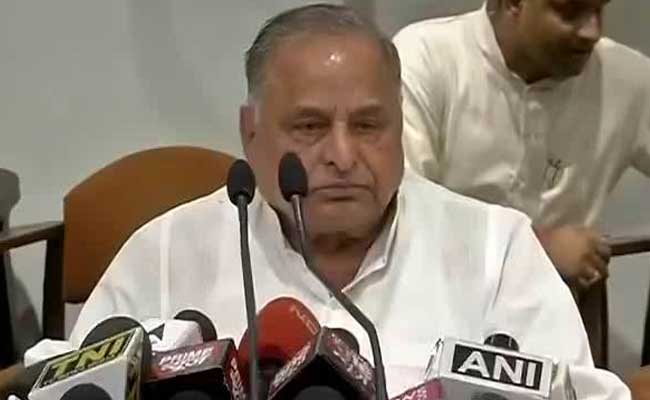 Lucknow: In the face of strong opposition to Uniform Civil Code by Muslim outfits, Samajwadi Party supremo Mulayam Singh Yadav today said the issue should be left to religious leaders.

"I will not say much on this issue but there should not be dispute on it. The issue of uniform civil code should be left to religious leaders. On the issues of country and humanity everyone should be united," Mr Yadav told reporters when asked about his views on the ongoing debate over Uniform Civil Code.

This issue was raked up earlier also, he said and recalled a programme in Pune in which social thinker late Ram Manohar Lohia was speaker.

"There was a tension among Hindus and muslims on this issue but a large number of people gathered to hear Lohiaji, who said that Quran, Geeta and Ramayana - all teach us lesson of humanity. Everyone should hold rope of religion and live unitedly", he said.

"As a result of Lohiaji's speech, the tension vanished the next day," he said.

Promoted
Listen to the latest songs, only on JioSaavn.com
All India Muslim Personal Law Board (AIMPLB), along with several other organisations associated with the Muslim community, had opposed the Law Commission's questionnaire on the possibility of a UCC and accused the Modi government of waging a "war" against the community.