"He used to first break the legs of the victims before attempting rape," said Subhash Boken, an assistant sub-inspector and public relations officer with the Gurugram police. "Then he would murder them." 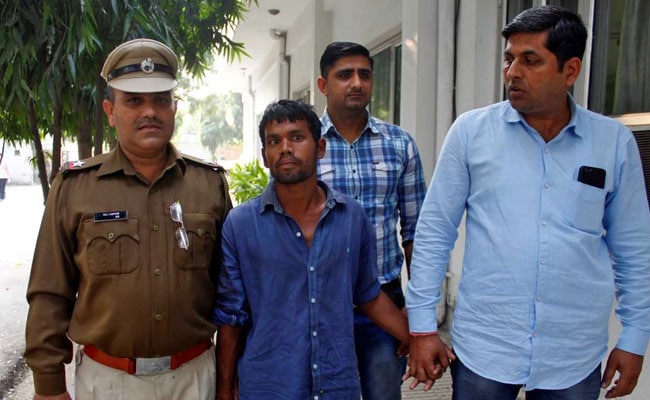 Police escort a man, accused of raping and killing a 3-year-old girl in Gurugram. (Reuters)

A jobless 20-year-old man has confessed to raping and killing at least nine girls aged between three and seven in Delhi, the capital, and three other cities over the past two years, police said on Wednesday.

The case spotlights the number of young children who go missing every year in the country and raises the question of whether the police have sufficient resources to investigate such brutal sex crimes.

The confession followed Monday's arrest of the man on charges of raping and killing a three-year-old girl on November 11 in a slum area of the city of Gurugram bordering Delhi.

"He used to first break the legs of the victims before attempting rape," said Subhash Boken, an assistant sub-inspector and public relations officer with the Gurugram police. "Then he would murder them."

A court on Tuesday granted police remand of the man for eight days, Mr Boken said, adding that he did not yet have a lawyer. Reuters could not reach him in prison to seek comment.

Police have linked three cases of dead children to his statement and are investigating the rest, Mr Boken added.

Four of the cases are in Delhi, three in Gurugram, and one each in the northern city of Jhansi and the central city of Gwalior.

He has not been formally charged and police often claim success in solving crimes before a defendant has had his day in court.

The man, who was unemployed apart from occasional work as a daily labourer, said he mostly targeted community kitchens such as those distributing free food to the needy.

He would target young girls who went to pick up food, offering them sweets or money, and abduct them, Mr Boken quoted him as having told police.

The man, who was arrested in Jhansi in Uttar Pradesh, committed his last crime in Gurugram while visiting his sister in the same slum area where the victim lived, police said.

The newspapers often carry reports of brutal rapes and murders, many involving children, despite the adoption this year of tougher laws, some of which provide for capital punishment for the rape of children younger than 12.

"It is very unfortunate that such cases are still happening in India, despite the government framing a law and approving the death penalty for rape," said Priti Mahara, an official of child rights organisation CRY.

"The police, government officials and society at large need to support the victims and their families."