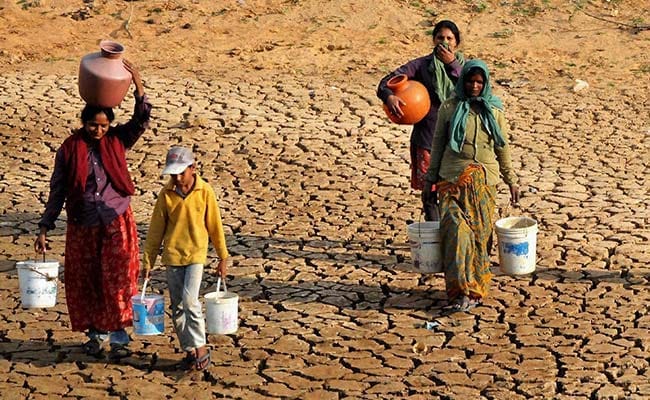 More precise predictions of the monsoon that sweeps up from the Indian Ocean, which extends into the bay, can help people better prepare for droughts and floods.

New Delhi: Scientists from India and Britain will release underwater robots into the Bay of Bengal in a bid to more accurately predict the Indian monsoon, critical to the millions of farmers reeling from two consecutive droughts.

Scientists from the University of East Anglia (UEA) will release seven underwater robots from an Indian ship next week to study how ocean processes influence monsoon rainfall, they said on Tuesday. Better forecasting could improve the livelihoods of India's more than 200 million farmers and agricultural labourers.

The robots, which have computers onboard and look like miniature yellow submarines, will spend a month moving through a southern section of the bay, to measure temperature, salinity and currents.

"The Indian monsoon is notoriously hard to predict. It is a very complicated weather system and the processes are not understood or recorded in science," lead researcher Adrian Matthews said.

The scientists will also fly a plane packed with scientific equipment over the bay to measure the atmosphere as part of the multi-million pound study of the monsoon which hit the southern parts of the country last week.

Colleagues from the Britain's University of Reading and India's climate experts will use instruments on board the plane flying from the southern city of Bangalore to measure heat and moisture in the air.

"Nobody has ever made observations on this scale during the monsoon season itself so this is a truly groundbreaking project," he said.

May states are facing an acute shortage of water, which means the farmers are dependent almost entirely on the monsoon rains from June until September.

More precise predictions of the monsoon that sweeps up from the Indian Ocean, which extends into the bay, can help people better prepare for droughts and floods.

Beamed backed to scientists via satellite signals, the information will be used to create computer models of the ocean to determine how it affects weather and rainfall over India.

"We should be able to collect an amazing amount of information about how this weather system develops," researcher Ben Webber told AFP.

The 8 million-pound collaboration is the latest effort to understand the India's monsoon where weather scientists have a patchy record of predicting its start time and intensity.

India suffered its worst drought in decades in 2009 despite the meteorological department's predictions of a normal monsoon.

In April, researchers in Germany said they had found a way to more accurately predict the start of the monsoon based on an analysis of regional weather data.

The Indian Meteorological Department is also reportedly spending millions of dollars on a new super computer to predict how the monsoon is likely to develop each year.
Comments
India monsoonIndia Weather ForecastIndia rains