Several speculations are floating around on the fate of the two Ministers. 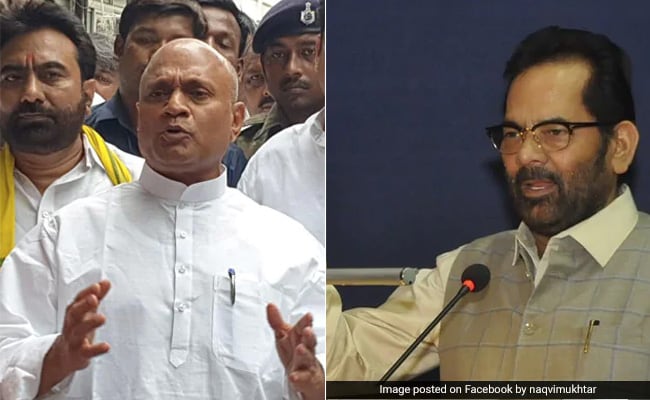 Seven seats in the Rajya Sabha, to be filled after the president's nomination, are still vacant.

A day before the Centre's next cabinet meeting, there's still little clarity on whether it will be the last such meeting for the two Union Ministers whose terms as MPs end in a couple of days. Minority Affairs Minister Mukhtar Abbas Naqvi and Steel Minister RCP Singh both finish their Rajya Sabha terms on July 7, but their parties have not sent them to the upper house again.

Both the Ministers will lose their cabinet seats if they don't get elected as MPs in the six months after their tenure ends on July 7.

The BJP hasn't renominated Mr Naqvi and Mr Singh, Bihar Chief Minister chief Nitish Kumar's one-time confidante and No. 2 in the party, was dropped as a candidate for the Rajya Sabha elections by the Janata Dal-United boss over his proximity to senior partner BJP.

The Ministers can continue for six months even when they are no longer MPs but it usually doesn't happen in practice. However, Ministers are often made MPs after the cabinet appointment.

Several speculations are floating around on the fate of the two Ministers.

Mr Naqvi is being seen by many as the ruling party's Vice President candidate, or at least Governor/Lieutenant Governor of some state or Union Territory. RCP Singh is rumoured to formally join the BJP soon.

The BJP clarified yesterday that Mr Singh hasn't joined their party so far after a picture of him being welcomed in Telangana by BJP leaders had triggered speculations.

Mr Singh joining the BJP is unlikely to go well with his former boss Nitish Kumar, who even reportedly got him evicted from his official residence.

Seven seats in the Rajya Sabha, to be filled after the president's nomination, are still vacant.

It's still unclear if the two MPs will continue as Ministers or be sent to the Rajya Sabha on the President's recommendation.

Nominations for the post of Vice President have already started, and the ruling NDA alliance is likely to announce its candidate soon.