With A Statue, UK Honours Only Indian Aviator Who Survived World War 1

"Nearly 2 million Indian servicemen served in the First World War...Hardutt Singh Malik initially failed to qualify for the Corps but went on to be the sole Indian aviator to emerge alive from the war," the FCO said in a statement. 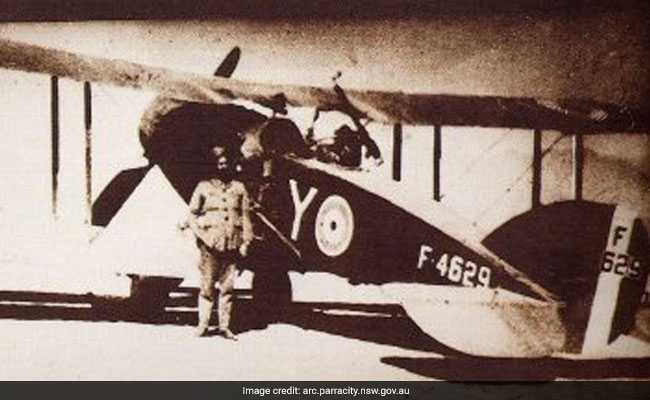 The UK government on Thursday announced plans for a series of statues to go up at the Foreign and Commonwealth Office (FCO) in London to honour the sacrifices made by over 3 million Commonwealth soldiers, sailors, airmen and labour corps who served in World War I, including from India.

The campaign, part of an initiative by the armed forces charity 'There But Not There', involves the installation of three six-foot figures of World War I soldiers in the FCO to represent the contribution of Commonwealth servicemen from Asia, the Caribbean, Australasia and Canada. Among them is Hardutt Singh Malik, the first Indian to fly with the British Royal Flying Corps.

"Nearly 2 million Indian servicemen served in the First World War...Malik initially failed to qualify for the Corps but went on to be the sole Indian aviator to emerge alive from the war," the FCO said in a statement.

Over 9 million servicemen died in Great War, including nearly 1 million from the Commonwealth, as they helped secure the victory for the Allied Forces - Britain, France, Russia, Italy and the US.

Among the three symbolic figures at the FCO is that of Ghanaian soldier Alhaji Grunshi, the first soldier in British service to fire a shot in war, and Francis Pegahmagabow, a Canadian expert marksman and scout who was awarded the Military Medal three times.

'There But Not There' - launched in February - is raising money for a range of military and mental health charities and aims to place a representative figure for as many names on local war memorials around the country to mark the centenary commemoration of the end of the 1914-1918 war.

"It is fitting that in the centenary year of the First World War we honour the immense contribution of our Commonwealth soldiers. Their bravery was key to securing the Allied victory," said UK Foreign Secretary Jeremy Hunt.

"These men fought thousands of miles from their homeland, for a country they had never been to, but for a purpose they believed in. This installation will honour their heroism, shine a light on their stories and remind us that in the darkest hour people of all backgrounds can come together for a common cause," he said.

Lord Dannatt, patron of 'There But Not There' and former Chief of the General Staff, added, "The First World War had such an impact on towns and villages across the United Kingdom that the contribution of servicemen and women from across the Commonwealth is too often overlooked. Their sacrifice was immeasurable, as was the effect that it had on their own communities".

"The Tommies (common term for soldiers in the First World War) in the Foreign and Commonwealth Office stand in recognition of this service as we approach 100 years since the guns fell silent," he said.

The FCO's drive is among a series of commemorative events taking place in the lead up to Armistice Day this Sunday, marked on November 11 annually.

The chair of the UK House of Commons Foreign Affairs Committee, Tom Tugendhat MP, will be in New Delhi this weekend to take part in a series of events to commemorate the sacrifice made by the British Indian Army in World War I.

Mr Tugendhat, a former soldier who served in operations in Iraq and Afghanistan, will be presenting the colonels of 26 Indian regiments that fought in the war with leather-bound copies of their unit's war diaries together with electronic copies.

"The Armistice Centenary is an opportunity to remember and renew our friendships with the Commonwealth, especially with India, who courageously stood by Britain and its allies in both world wars," Mr Tugendhat said.

He added "Many Indians volunteered in the expectation that one good deed would lead to another - that Britain would end the colonial Raj. When those hopes were dashed, India's sacrifice in the war became an awkward and painful subject, which both countries preferred to ignore. Meanwhile, the generation who fought in the war grew old and died, taking their stories with them. And India's immense contribution went largely unrecognised".

On Sunday, Mr Tugendhat will pay his respects at the Delhi War Cemetery, where over 1,020 British and Indian casualties of both World Wars are buried. There he will lay a wreath of poppies made from red Khadi, the cotton cloth made popular by Mahatma Gandhi, which the Royal British Legion has chosen this year to recognise India's contribution to World War I.

The Conservative Party MP had also convinced Prime Minister Theresa May to wear a Khadi poppy last week. The Poppy Appeal is an annual fundraising campaign for war veterans held in the lead up to Armistice Day on November 11, the date on which the war ended in 1918, and politicians and members of the public across the country wear a cloth-based poppy on their lapels as a sign of respect for the war dead.

A Khadi version of the poppy was launched by Indian-origin peer Lord Jitesh Gadhia and the Royal British Legion for the first time this year as an "evocative symbol" of undivided India's contribution to the war effort.

RSS Chief Calls For Handing Over Hindu Temples To Hindus