Tribute To Freedom Fighter Udham Singh On His Death Anniversary 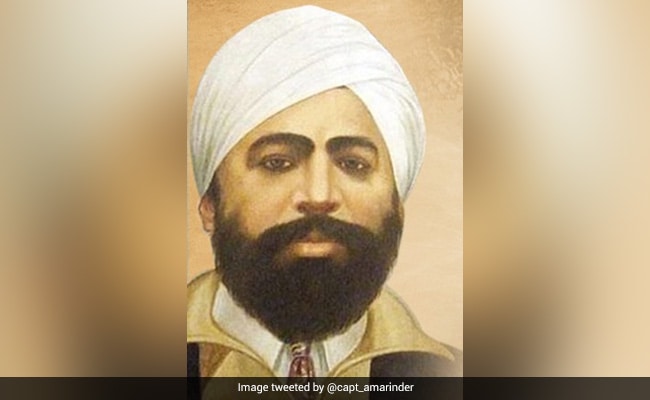 Udham Singh was hanged by the British colonial rulers on July 31, 1940

Udham Singh is being remembered for his courage and determination, to free India from colonial rule, on his death anniversary today. The revolutionary freedom fighter was charged and hanged for killing General Michael O'Dwyer, at Pentonville Prison in London on July 31, 1940. General O'Dwyer had ordered the massacre of hundreds of innocent Indians at Jallianwala Bagh. On every 31 July every year, people across the country pay homage to Udham Singh.

The Punjab Chief Minister Amarinder Singh, in his tweet, also informed that work on Udham Singh's memorial at Sunam in Sangrur district of Punjab would be completed within a year. The Punjab government has also decided to build a museum to showcase the articles of the legendary revolutionary.

I join the nation in paying humble tributes to our great freedom fighter Shaheed-E-Azam Sardar Udham Singh Ji. His patriotism & sacrifice will continue to inspire generations of Indians. Work on his Memorial at Sunam is underway & will be completed within a year. Jai Hind! ???????? pic.twitter.com/4nKRZGfs56

Union Aviation Minister Hardeep Singh Puri wrote, "...Indians continue to draw inspiration from his life and sacrifice for the cause of the country's freedom.

Indians continue to draw inspiration from his life & sacrifice for the cause of the country's freedom. pic.twitter.com/78SJUthv7u

Chief Minister of Haryana Manohar Lal Khattar tweeted, "I pay my rich tributes to brave son of the soil and great revolutionary Sardar Udham Singh Ji on his martyrdom day. The country will always remember his supreme sacrifice."

Born as Sher Singh on 26 December 1899, at Sunam in Sangrur , Udham Singh's father, Sardar Tehal Singh Jammu, was a farmer and also worked as the railway watchman. Udham Singh lost his father early in life. After the death of Tehal Singh, along with his elder brother, Mukta Singh, he was taken to the Central Khalsa Orphanage in Amritsar. At the orphanage, Udham Singh received his education and passed his examinations.

Udham Singh was deeply influenced by another famous freedom fighter Bhagat Singh and his revolutionary group, and actively participated in the freedom movement. He was jailed several times by the British colonial rulers.