Officials seized 706 grams of gold, worth Rs 35.5 lakh from the two men, one of whom was arrested. Six bundles of gold paste were concealed in their rectum, officials said. 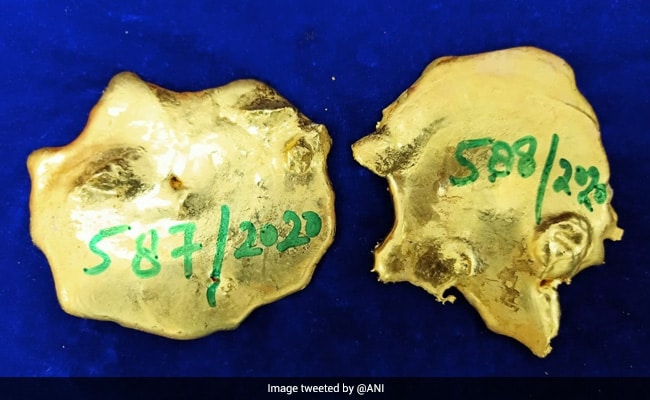 Customs officials caught the men on their way back from Dubai at Chennai International Airport.

In an ace example of how far smugglers would go to carry gold past airport security, two men were caught with bags of gold paste in their rectum on Thursday.

Custom officials caught the men, who were on their way back from Dubai, at the Chennai International Airport.

Officials seized 706 grams of gold, worth Rs 35.5 lakh from them. Six bundles of gold paste were concealed in their rectum, officials said.

"One person, with a prior record, was arrested in connection with this case," said Commissioner of Customs, Chennai International Airport.

India - the largest consumer of gold globally - imposes a total 13 per cent tax on the precious metal, which is also one of the most commonly smuggled commodities in the country.

According to news agency Bloomberg, the coronavirus pandemic and subsequent ban on international travel crushed the inflow of smuggled gold with seizures increasing as the skies opened up again in September, even though partially.

Most recently on November 30, 3.15 kg gold, worth Rs 1.57 crore, was seized at the Chennai International Airport. It was cleverly rolled into sheets and hidden in LCD monitors.

A week before that, the Delhi Police busted an international gold smuggling racket by arresting one person at the New Delhi Railway Station. They seized over 6 kg gold, worth Rs 3.25 crore, from him.

In the first week of November, over 30kg gold was seized from 130 passengers at Tamil Nadu's Tiruchirappalli Airport upon their arrival from various destinations, like Dubai, Sharjah, Malaysia and Singapore. The officials have not declared the value of gold seized, or if all these passengers were arrested.