Swapan Majhi, member of a panchayat in Canning, was on his way to a meeting when attacked around 9am 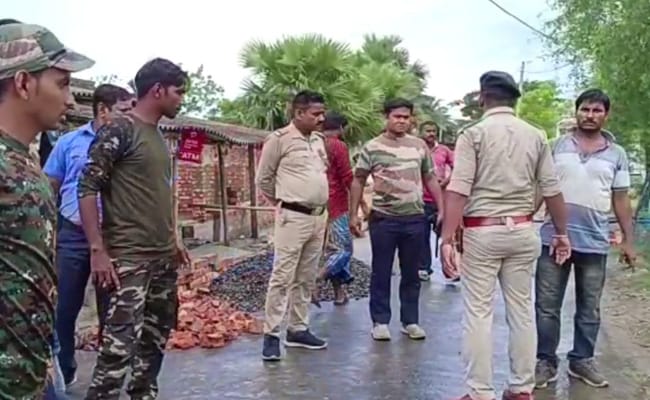 Police at the spot where the panchayat member and his associates were killed.

A local Trinamool Congress leader and his two associates were killed by some men in a crowded area at Canning, around 50 km from Kolkata, this morning.

​​Police said Swapan Majhi, a member of Gopalpur Gram Panchayat from West Bengal's ruling party, was on his way to a meeting around 9am when the killers fired gunshots at him and attacked him with knives. While fleeing, the killers shot his two companions as well. Investigation is on to gather more details, said the police.