Mamata Banerjee raised the issue of the National Register of Citizens (NRC) during her meeting with Amit Shah and requested him to give a chance to those "genuine voters" who have been left out. 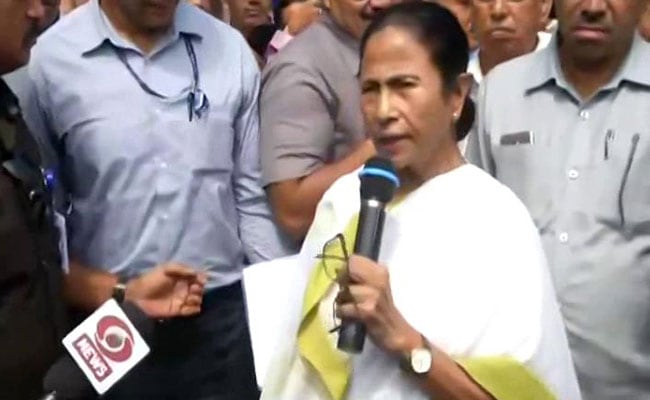 Issuing a clarification over some media reports, the Trinamool Congress (TMC) on Thursday said that West Bengal Chief Minister Mamata Banerjee's remark on "political vendetta" was in reference to a question posed by a journalist and had nothing to do with any individual or any institution.

Ms Banerjee was addressing the media after her meeting with Home Minister Amit Shah when a journalist raised the question. Another journalist, who was present at the press conference, warned not to disturb, after which the Chief Minister said, "See this is their (the channel's) political vendetta".

"After meeting the Home Minister when @MamataOfficial addressed the press, a reporter (at the rear, from the opposite side) screamed out a question, in the context of a particular issue. A fellow journalist in the front screamed, ''Why are you disturbing'", TMC tweeted.

"At this point, the CM said, "See this is their (the channel's) political vendetta". It is in this context that she used the phrase and no other reason. Request a section of the media not to distort what she said. She never said anything against any individual or any institution," the party said in a follow-up tweet.

Ms Banerjee raised the issue of the National Register of Citizens (NRC) during her meeting with Mr Shah and requested him to give a chance to those "genuine voters" who have been left out.

The Chief Minister had on Wednesday met Prime Minister Narendra Modi, her first meeting with him after the general elections. During the meeting, the issue of West Bengal's name change to Bangla was discussed.