The attack on the tribal woman was not reported to the police. Action was taken only after videos of the incident emerged on social media. 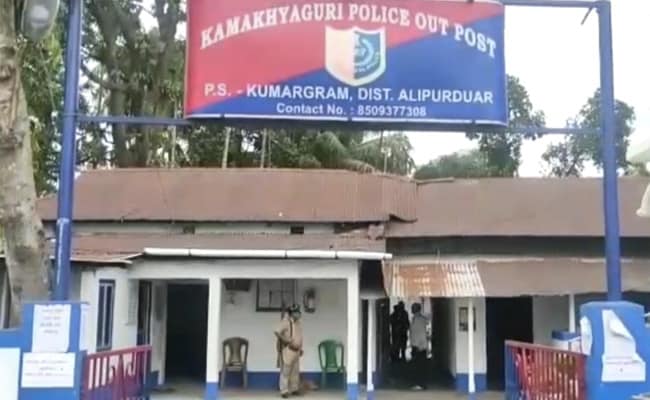 The woman was given counselling, after which she filed a police case against her assaulters.

A tribal woman in northern West Bengal was dragged out of her home, stripped, paraded naked by some villagers allegedly as punishment for an extra-marital affair. The entire incident was filmed. Six out of the 11 accused have been arrested by now, the police have said.

The incident occurred on Wednesday, June 9, in the Kumargram police circle of Alipurduar district. It, however, came to light only on Sunday after videos of the attack surfaced on social media.

The woman had apparently left her husband some six months ago allegedly following an extramarital affair, local sources said. Following her return last week, some locals barged into her home on Wednesday night, dragged her out and disrobed her. She was then showered with filthy abuse and made to march naked through the village.

She disappeared after that and no one informed the police of the incident, till the videos came out. The woman was then tracked down to her parental home in Assam -- her husband led the police there -- and brought back.

After being counseled, she filed a first information report in the presence of her husband, naming those who assaulted her, five of whom are still on the run. Among the various IPC sections, the accused are being charged with Section 307, pertaining to attempt to murder.

The police have been given 12 days custody of the persons arrested on Sunday. Three others were arrested today.

The attack wasn't the handiwork of a salishi sabha or a kangaroo court, according to the police, but a spontaneous assault by some youth belonging to the same tribe as the woman.

Several right-wing organisations have, meanwhile, tweeted about the incident, accusing the administration of "silence" and inaction.

"Some vested groups with mischievous intentions are misrepresenting the incident. Legal step is being taken against them separately," the police tweeted.

A local Trinamool leader Dhiresh Roy has condemned the incident and called for the harshest punishment for the guilty.