A bench of Justices Madan B Lokur and Deepak Gupta asked the centre to consider this idea so that remedial and corrective steps could be taken and elephants in different parts of the country are not subjected to violence. 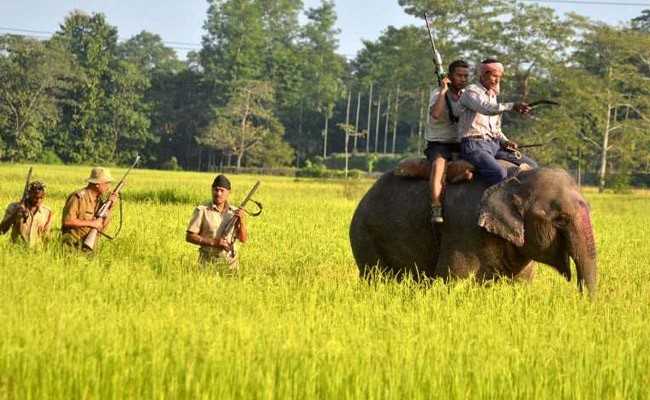 Conflicts with elephants has been a problem in India (File Photo)

The Supreme Court said today that human-animal conflict, especially involving elephants, was a "problem" and the centre should consider setting up a task force to ensure adherence to the guidelines on this issue.

A bench of Justices Madan B Lokur and Deepak Gupta asked the centre to consider this idea so that remedial and corrective steps could be taken and elephants in different parts of the country are not subjected to violence.

"There is a problem (human-animal conflict) and at some point of time, you have to solve that problem," the bench told Additional Solicitor General (ASG) ANS Nadkarni, appearing for the centre.

"There are problems related to elephants, rhinos, lions, tigers. Either you can have some kind of a multi-purpose body or have specific bodies to deal with them," the bench said.

The top court said that prayer of the petitioner for formulation of a task force and measures to deal with human and elephant conflict was not "something impossible" and it was rather for benefit of the country.

The bench said that 'Project Elephant', which was launched in 1992 by the Ministry of Environment, Forest and Climate Change (MoEF&CC) to provide support to the states for protection of elephants and their habitats, might have been good but the issue was of its implementation.

"You may have this policy. It is okay. You can have a good policy but that policy has to be implemented. For implementation, you need to have a monitoring agency so that it can check that it is not violated. Why do not you think of setting up a task force?," the bench asked the ASG.

The ASG said that he would take instructions in this regard and get back to the court.

Mr Nadkarni said that chief wildlife warden of state has to ensure implementation of guidelines.

"If somebody does not obey the order, surely the Union of India cannot say that we cannot do anything," the bench said.

The ASG told the court that the centre has conducted inspections in some states, where spikes and fireballs were allegedly used to drive away elephants, and an affidavit in this regard would be filed soon.

The petitioner claimed in the court that West Bengal government had issued a tender last month for procuring oil to distribute it among the villagers to drive away elephants.

The counsel appearing for West Bengal said that oil was given to villagers so that they could light torch.

The bench, which said that the issue raised before it in the petition should not be treated as adversarial, has posted the matter for hearing after three weeks.

The top court had earlier termed as "barbaric" the use of spikes and fireballs to drive away elephants and had directed the states to desist from using such methods.

The court's directions had come after it was told that these methods were being allegedly adopted in states including Karnataka, West Bengal and Jharkhand.

The court was hearing a petition which had raised the issue of tenders for procuring spikes and fireballs allegedly issued in these states.

The Karnataka government had earlier told the court that in July itself, the state authority had written letters to all the concerned officers to remove these spikes.

The counsel for West Bengal had said the state has issued guidelines that none of these harmful things would be used to divert the elephants.

Similarly, the Jharkhand government had told the court that they have not put any restriction on the movement of wild elephants in the state.