"Smart Move" By India To Move Out Of RCEP Trade Pact: Australian Envoy

Tony Abbott said: "It was a smart move by India to move out of the RCEP so we could focus on the bilateral deal between India and Australia." 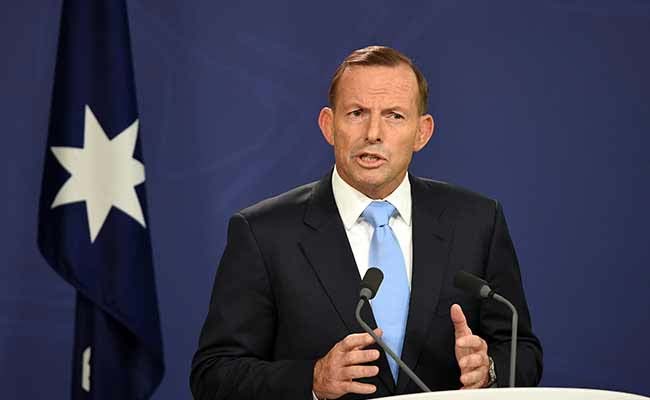 Explaining himself further during a virtual press conference in New Delhi, Mr Abbott said: "It was a smart move by India to move out of the RCEP so we could focus on the bilateral deal between India and Australia."

The Special Trade Envoy also called India and Australia as natural economic partners and said, "India is a great manufacturing nation. Australia is a great resources economy. Australia has what India needs to ensure that ''Make in India'' becomes a reality."

Mr Abbott, who is also the former Australian Prime Minister, met Union Minister of Commerce and Industry Piyush Goyal on Thursday and had an extensive discussion on the ways to expand bilateral ties.

Taking to Twitter, Mr Goyal said there is a huge potential for India and Australia to further energise their trade relationship through Free Trade Agreement (FTA).

"Met with @HonTonyAbbott, Special Trade Envoy of the Prime Minister of Australia. Had an extensive discussion on the huge potential India & Australia have to further energise & expand our bilateral ties through Free Trade Agreement (FTA) for mutual economic prosperity," Mr Goyal tweeted.

In September, India and Australia had announced that they will sign a comprehensive Free Trade agreement by the end of 2022 and an early harvest trade deal by Christmas later this year.

The announcement was made at a joint media briefing with Commerce and Industry Minister Goyal and the Australian Minister Abbott, during the latter's visit to India.